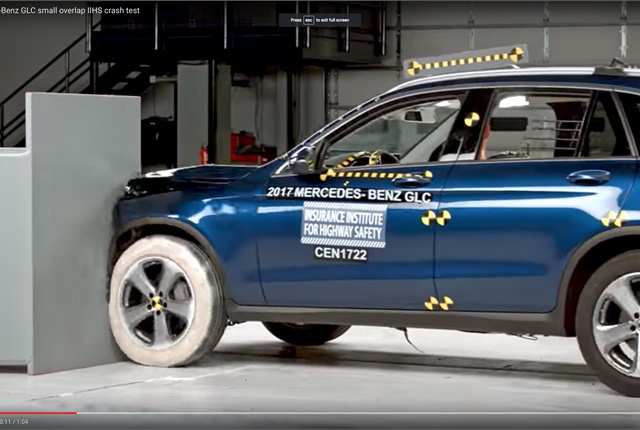 To qualify for the award, the GLC drew the highest possible rating of “good” in all IIHS crashworthiness tests. Additionally, the vehicle drew a rating of “superior” for its standard front crash prevention system and ratings of “good” and “acceptable” for available headlights.

This is the first time the GLC, introduced in the 2016 model year, has undergone all IIHS evaluations.

(To view video footage of the small overlap front crash test, click on the photo or link below the headline.)

The GLC comes with a standard front crash prevention system that drew a “superior” rating. The vehicle avoided collisions in IIHS track tests at 12 mph and 25 mph, IIHS said.