UPDATE: Late in the evening of Sept. 6, the amendment sponsored by Rep. Brian Babin (R-TX)-- which sought to prevent funding of the electronic logging device rule for almost one year-- was voted down on the House floor, 246-173.

Being the less deliberative and thus the more unpredictable chamber of the U.S. Congress, the House of Representatives presents a playing field ripe for Hail Mary Passes. And so it goes that not even four months to go until the much-debated electronic logging device mandate starts to kick in, no less than two legislative measures have been introduced in the House that are intended to derail the rule.

The quarterback flinging both of these passes is Rep. Brian Babin (R-TX). The first is H.R. 3282, the ELD Extension Act of 2017, which the congressman introduced in July. The bill would delay implementation of the ELD rule for two years. So far, it has attracted 45 co-sponsors in the House.

In early September, Babin tossed his second bomb in the form of an anti-ELD amendment that was offered up for attachment to some unrelated legislation (H.R. 3354, the Make America Secure and Prosperous Appropriations Act of 2018).

This measure aims to prevent funding of the ELD mandate to delay its rollout. The rider would prohibit funds from being used “to implement or enforce” the ELD rule through the 2018 fiscal year that ends on Sept. 30, 2018.

The amendment has been cleared by the House Rules Committee for consideration by the full chamber during floor votes, which were scheduled for Sept. 6.

Marking both of these measures as Hail Mary Passes is the reality that every notable trucking stakeholder group except the Owner Operator Independent Drivers Association remains solidly in favor of implementing the ELD rule with no further delays.

That means a lot of lobbying will be unleashed for keeping the rule as it is and keeping its initial effective date what it is: Dec. 18 of this year. What’s more, no companion legislation to delay or defund the ELD mandate has yet to be introduced – nor is it at all likely to be introduced – in the Senate.

H.R. 3282’s delay in implementation “would further interrupt the actions of a progressive trucking industry that continually places safety at its forefront and stresses continued compliance with its daily operations,” the Truckload Carriers Association said in a statement issued on Sept. 6. TCA added that “the truckload industry does not support this bill or any delay in ELD implementation,” including Rep. Babin’s amendment calling for defunding of the ELD mandate.

In a Sept. 6 letter to select members of Congress, the Trucking Alliance argued that the Babin defunding amendment “ignores federal court rulings (all the way to the U.S. Supreme Court) upholding the ELD mandate” as well as “ignores thousands of comments in support of this new technology. These ELDs accurately track the number of hours that drivers operate their trucks, replacing the paper logbooks that are easily falsified.”

In addition, Lane Kidd, managing director of the Alliance, told HDT that he expects “we will see bipartisan opposition to this amendment when it comes up for debate.”

"Any attempt to mislabel this as a ‘bad regulation’ in the final weeks before implementation is intentionally misleading.”

He also referenced an op-ed penned by ATA President and CEO Chris Spear that currently appears on the HuffPost website. In the piece, Spear argues that it is well past time for further debate and action on the ELD rule. He states that the rule “has been debated for nearly a decade. It has been approved by Congress three times, and upheld by federal courts. Any attempt to mislabel this as a ‘bad regulation’ in the final weeks before implementation is intentionally misleading.”

Spear adds that killing or delaying the rule any further will “create more uncertainty for the trucking industry as we seek to plan and make investments in this important new technology.”

In his closing, Spear urges “Congress to keep our highways safe, by avoiding a move that will give bad actors an opportunity to bend the rules.”

Article updated on Sept. 7 at 9:00 am EDT to reflect voting down of Babin amenndment.

Related: The Clock is Ticking on ELD Compliance

How Telematics and Data are Changing Fleet

Investment in telematics is critical and the industry knows it. The proliferation of telematics solutions in the fleet industry has been rising and will continue its upward trajectory as the technology grows and develops in terms of what it offers fleets

Bendix Commercial Vehicle Systems has added Geotab to its list of telematics platforms that can support SafetyDirect, the company announced at Geotab Connect 2020.

Geotab has added the Drivewyze PreClear weigh station bypass service to its Geotab Marketplace, the company announced at its Geotab Connect 2020 event. 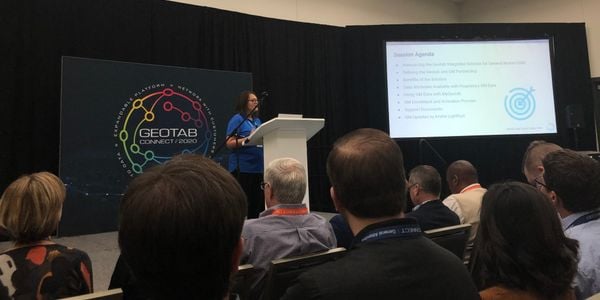 The solution, which launched at Geotab Connect 2020, allows fleet managers to access their compatible Chevrolet, Buick, GMC, and Cadillac vehicle data within the MyGeotab platform via a factory-fit, GM-engineered OnStar module.