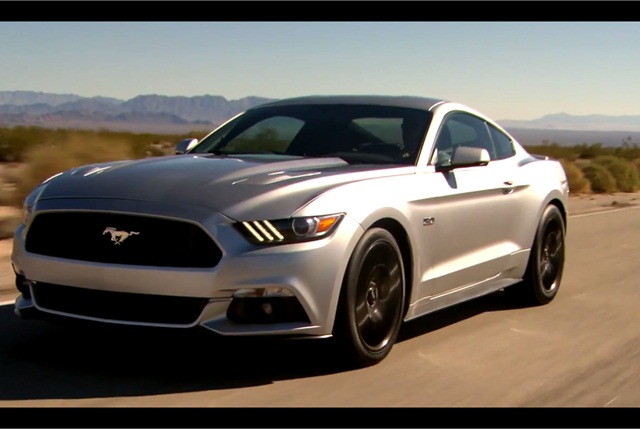 VIDEO: The 2015 Ford Mustang on the Open Road

To qualify for the top overall score in NHTSA’s New Car Assessment Program, the vehicle drew five stars each in the frontal crash test, side crash test and rollover crash test.

Karco Engineering conducted the testing for NHTSA in early January.

The 2015 Mustang has a myriad of standard safety features, as well as semi-autonomous and driver-assist features that are new to the vehicle.

Additions include an inflatable air bag restraint design, double the number of air bags in the vehicle, a package of peripheral crash sensors and enhanced exterior lighting. Semi-autonomous technologies include adaptive cruise control.

Driver-assist features include BLIS Cross-Traffic Alert and SYNC 911 Assist, which enables a mobile phone connected to SYNC to call 911 directly when needed. The system can also provide more detail about a crash to aid in the dispatch of emergency services.

To view video footage of the 2015 Ford Mustang, click on the photo or link above.