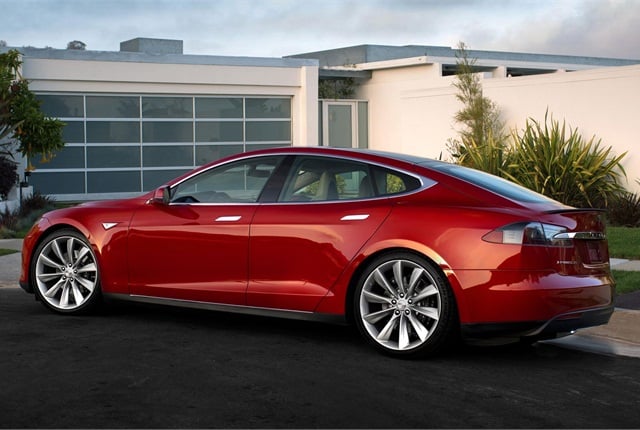 In a report posted on the agency’s website, NHTSA also acknowledged that Tesla Motors has already taken measures to prevent similar fires in the future. “In this case, Tesla’s revision of vehicle ride height and addition of increased underbody protection should reduce both the frequency of underbody strikes and the resultant fire risk,” the agency concluded.

Tesla on March 6 began outfitting new Model S vehicles with a triple underbody shield to further protect the electric vehicle’s high-voltage battery. Older Model S cars will be retrofitted with the extra protection upon owner request or during normally scheduled service, Tesla CEO Elon Musk said in a March 28 blog post on the company’s website. The California-based electric automaker will make the retrofit free of charge.

To watch a Consumer Reports video report on the retrofit, which includes footage of Tesla tests, click on the link or photo above.

To assess whether a safety recall was warranted, NHTSA probed two separate Tesla Model S vehicle fires that occurred in 2013 -- one in Washington on Oct. 13 and another in Tennessee on Nov. 13. Both vehicles caught fire after running over roadway debris at highway speeds. One of the cars struck a three-ball hitch that had apparently broken off from another vehicle; the other hit an unidentified object.

In each case, the debris penetrated the aluminum armor plate shielding the electric vehicle’s high-voltage battery and damaged the lithium ion cells. After the impact, each vehicle’s onboard computer alerted the occupants about diminished battery performance and instructed them to stop and exit the vehicle. Both drivers traveled a little farther before stopping. But shortly after they parked, smoke began appearing and a fire developed in the high-voltage battery. Neither fire resulted in injuries.

In response to these incidents, Tesla cooperated with NHTSA and began work on a remedy. In November 2013, the automaker implemented a change in ride height strategy via an over-the-air software update. This update, which increased the default ground clearance of the Model S at highway speeds, mitigates the risk of battery compartment penetration when a three-ball hitch is struck, NHTSA said.

Then in early March, Tesla informed NHTSA of plans for the triple underbody shield. The first shield is a rounded aluminum bar designed to either deflect objects entirely or – in the case of extremely strong objects – to absorb the impact and force them to pike upwards away from the battery pack. The second shield is a titanium plate, and the third is a shallow-angle, solid aluminum extrusion that further absorbs impact energy and provides another layer of deflection.

If the roadway object is immobile, the Model S can still ramp up and over it, according to Tesla.

“During the course of 152 vehicle level tests, the shields prevented any damage that could cause a fire or penetrate the existing quarter inch of ballistic grade aluminum armor plate that already protects the battery pack,” Musk wrote in his blog post. “We have tried every worst case debris impact we can think of, including hardened steel structures set in the ideal position for a piking event, essentially equivalent to driving a car at highway speed into a steel spear braced on the tarmac.”

Musk added that the shields would even prevent a fire resulting from an extremely high-speed impact similar to one that occurred last year in Mexico. The Model S in that collision was traveling at an estimated speed of 110 mph. A fire started several minutes after a succession of multiple impacts, but the driver walked away with no permanent injuries.

In his blog, Musk stressed that no Tesla Model S drivers or passengers have ever suffered serious, permanent injuries of any kind – from a vehicle fire or any other mishap.

“With a track record of zero deaths or serious, permanent injuries since our vehicles went into production six years ago, there is no safer car on the road than a Tesla,” Musk said. “The addition of the underbody shields simply takes it a step further.”