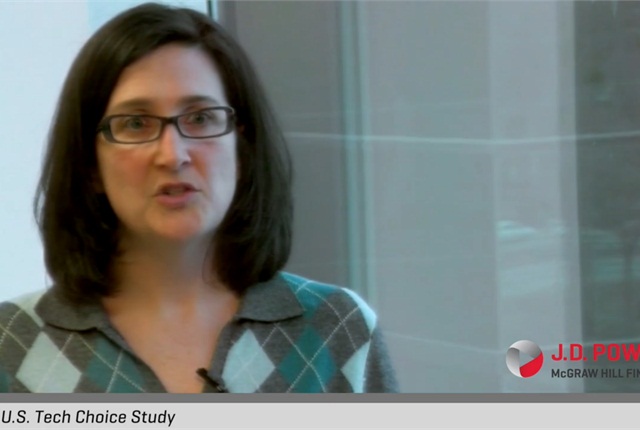 Three of the top five technologies that consumers would most prefer in their next vehicle are related to collision protection, according to a new study from J.D. Power.

Among the technologies consumers expressed the most interest in having in their next vehicle were blind spot detection and prevention systems, night vision, and enhanced collision mitigation systems, the J.D. Power 2015 U.S. Tech Choice Study found. Technologies that reduce the overall burden of driving and enhance vehicle safety attracted the most consumer attention.

These findings show growing acceptance for a relatively new concept for drivers — allowing the vehicle to assume critical functions, such as braking and steering. This driver willingness to relinquish such control is crucial to the future success of fully autonomous driving, researchers noted.

The only non-collision protection technologies to crack the top five were camera rearview mirror, which fell into the driving assistance category, and self-healing paint, a comfort and convenience category feature.

"There is a tremendous interest in collision protection technologies across all generations, which creates opportunities across the market," said Kristin Kolodge, executive director of driver interaction and HMI research at J.D. Power. "In contrast, there is very little interest in energy efficiency technologies such as active shutter grille vents and solar glass roofs. Owners aren’t as enthusiastic about having these technologies in their next vehicle because of other efforts automakers are taking to improve fuel economy, as well as relatively low fuel prices at the present time."

Smartphones play an increasingly vital role in everyday life, and vehicle technology is beginning to mirror what’s offered on those devices. However, Apple CarPlay and Google Android Auto technologies consistently drew among the lowest preference scores across all generations.

Kolodge noted that "lukewarm interest in these technologies that connect your phone to your vehicle, coupled with consumer loyalty to their phone, poses a unique challenge for automakers, which could be remedied by knowing their customers' phone preferences."

Owners of luxury vehicles tend to own iOS devices, research shows. As a result, for many luxury brands, Apple CarPlay may be the best option to offer – even though this may be leaving out a portion of the market.

"For non-luxury vehicle brands, the ownership of Apple and Android devices is much closer to an equal split. The solution for those brands may be to offer both operating systems and allow customers to select the option best suited for them," Kolodge said.

Other key findings of the study include:

The 2015 U.S. Tech Choice Study, fielded in January through March 2015, was based on an online survey of more than 5,300 consumers who purchased or leased a new vehicle in the past five years.

To view a video about the study's findings, click on the link or photo below the headline.

Automotive Fleet magazine has partnered with the Automotive Fleet & Leasing Association (AFLA) for its second COVID-19 webinar titled “Real-World Best Practices, Solutions, and Lessons Learned in Managing a Fleet During a Pandemic,” scheduled for Thursday, April 9 at 2pm CST.

Maintaining proper sanitization practices is an essential action that fleet managers must be considerate of as they attempt to thrive in an industry hampered by the coronavirus.

How COVID-19 has Impacted FMC Operations

Maintaining proper sanitization practices is an essential action that fleet managers must be considerate of as they attempt to thrive in an industry hampered by the coronavirus.

The Impact of COVID-19 on Fleet Partners

There are various moving parts in fleet, and COVID-19 has impacted the many facets of the industry, including its wide range of industry partners. Fleets are wondering how support from their partners may be altered by this disease.

Advice for Fleets During the Pandemic

Widespread implementation of hygienic best practices for fleet professionals and their drivers is an elemental step, not only for the safety of their drivers and entire company, but the general public.

General Motors and Ventec Life Systems are producing VOCSN critical care ventilators at the automaker’s Kokomo, Indiana manufacturing facility with FDA-cleared ventilators scheduled to ship as soon as next month.

Practicing Social Distancing After an Accident

While the roads across the country have become less congested as more people stay at home during the COVID-19 pandemic, there are still going to be times when a fleet driver may find him or herself involved in a collision.

Automotive Fleet is in the process of curating the educational sessions for the 2020 Fleet Safety Conference, taking place during fall.

Automotive Fleet is quickly preparing a webinar on how fleet managers can best handle the COVID-19 virus.