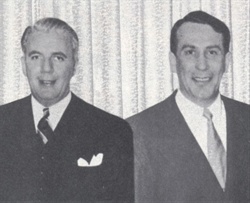 Wheels is the world's most experienced automotive fleet leasing and management company, and a trusted industry leader. Wheels provides organizations around the world with company cars and trucks along with state-of-the-art services and support.

Founded in 1939 by Zollie Frank and Armund Schoen, Wheels is one of the original leasing companies. Zollie Frank sat down with AF in 1986 and shared the company's history.

"En route from my Ohio hometown to California to make my fortune 50 years ago, I stopped in Chicago to buy a car.  In addition to buying a car, I bought a car agency.

While at a dealership arranging to purchase the car, I met a Chrysler factory representative who was taken with my initiative.  He told me that if I couldn't make my fortune in Chicago, I wouldn't make it anywhere.  That started me thinking.

When I later stopped back to pick up the vehicle, I was sufficiently intrigued to set up a meeting with the man from Chrysler.  He told me about a Chrysler dealership for sale.  I decided to buy it and make my fortune not in California but in Chicago. 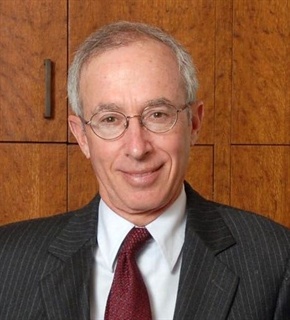 I started out in 1936 with just $7,500.  I paid $2,500 for the Chrysler-Plymouth dealership at 6116 N. Western Ave., and saved the other $5,000 for working capital.  Today, my organization is widespread and includes Wheels (originally Four Wheels), one of the country's biggest auto-and-truck-leasing operations with more than 90,000 vehicles on lease nationwide.

Many people contributed a great deal to our success.  I had met the man who would become my brother-in-law when we were dating sisters.  Armund Schoen joined me in business and helped me found Four Wheels.  As it happened, we also married the sisters we were dating; the one sister is now my wife, Elaine, and the other, Armund's wife, Rita.

When Armund and I founded Four Wheels in 1939, a new Chevrolet cost about $495 - without a heater, radio, or spare tire.  I figured we could lease that car for about $45 a month and make money on it.

In those days, automotive fleets existed, but they usually were owned by the individual corporations.  Large dealerships handle these fleet sales.  "Z" Frank was considered a small, neighborhood store, so we got very little of this kind of business, attractive though it was.  We lacked the capital and contacts to compete effectively with large dealerships for fleet sales.

From the standpoint of operating a successful business, however, I saw that many advantages could come with diversification.  Deriving income from corporate as well as retail business would provide more stability, since retail sales tend to be volatile and are easily affected by economic conditions in general.  We were looking around for a way to expand our business while also providing greater corporate stability.

Corporate fleet leasing proved to be the answer. 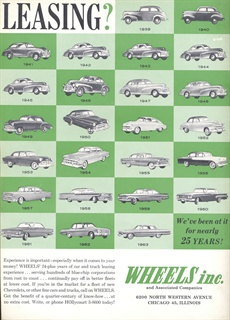 A big Chicago pharmaceutical company - Petrolager - posed a particular problem: The company had 75 salesmen in those days and paid them for mileage and gasoline for using their own cars on the road.  It also helped them buy their cars, lending them the required one-third down payment.

But, the salesmen often left the company before paying off the loan, and Petrolager was losing its down payment investment.  In the 1930s, owning a car made a person a highly marketable commodity in the sales business.  Once a salesman had his own car, he was ripe for pirating by other companies.

I happened to meet Petrolager's president and sales vice president when they stopped at my dealership to purchase two Chrysler Imperials for their own use.  When I heard about their 75 salesmen and the problems Petrolager was having with their car arrangements, I knew there was an opportunity for me.  I proposed a $45 per month lease arrangement, with the car replaced yearly and including tires, maintenance, oil changes, and collision insurance, with no deductible.

We started out leasing Petrolager five cars with the understanding that if the system worked well for both of us, the fleet would be expanded in one year.  The Petrolager venture turned out to be profitable for all involved, so the next year they leased 75 cars.

Although company-owned fleets did exist in the "old days," what Armund and I did basically was to take several separate ideas and package them in a completely new way.  By putting each car on a long-term (12 months back then) lease to businesses, we assured ourselves of a steady cash flow.

We named the company Four Wheels and designed the logo accordingly to pique companies' interest in this new idea.  That helped when Armund and I went out to sell a concept with which few were familiar.  Closed-end, full-maintenance leasing at that time was the most attractive proposal with which to approach corporate executives.  It was a simple, easy-to-understand plan whereby Four Wheels assumed responsibility for virtually all costs except fuel and liability insurance.

Clients no longer had to worry about buying, selling, or maintaining cars, or what their costs might be.  All that was required of them was to put gas in the cars and pay us $45 a month.  Simplicity was necessary because this was such a new concept and little literature existed to explain what we were doing.  We had to educate the public about automotive fleet leasing.

In cases where Four Wheels was competing against company-owned fleets, our job was to graphically demonstrate how leasing would give them more for their money than owning, and fewer headaches.  In effect, we acted as a security blanket for client companies.

Of our original 21 clients, we still do business with 17.

In 1939, I borrowed my first million dollars to finance Four Wheels.  National Bond and Investment, a well-known commercial finance organization of the day, approved the loan - not on my firm's bank statement, but on National's belief that we would make a success of the venture.

I have never forgotten that faith.  For that reason, I still do business with the people who helped me get started.  I have never left a vendor who treated me right and stayed competitive.  Some of these ongoing vendor relationships started 40 and 50 years ago.  We also still work with the same banks, accounting, and legal firms.

In 1953, we switched to General Motors and bought Chicago's smallest Chevrolet dealership.  By the 1970s, we had built it into the world's largest volume dealership.

The 1950s was a busy decade, both in terms of fleet expansion and overall innovative contribution to the leasing industry as a whole.  During this era, we developed the concept of volume drop-shipping cars.

As our business grew, there were other signs that the industry itself was coming of age.  In 1955, Armund Schoen and I were instrumental in founding what has come to be known as AALA, the American Automotive Leasing Association.  AALA has represented our industry's interests ever since.  In 1961, we purchased some of the first ad pages in a new magazine which was to emerge as the voice of our industry, Automotive Fleet.  You know your industry's arrived when it becomes sufficiently institutionalized to have its very own magazine.

Changing conditions in the 1950s also led to development of what was then called open-end, or finance, leasing.  Today, that program is more commonly called TRAC leasing, because of the Terminal Rent Adjustment Clause that is a key element of the contract for these types of leases.  Most of our business in 1986 falls into this category.  To distinguish between the two forms of leasing, we formed Wheels, Inc., which today is the dominant business.  All but about 2,500 of the 90,000 vehicles we now lease come under Wheels TRAC leases.

The types and range of services we provide have grown and changed over the years in response to client needs and market demands.  Building on the data processing base I had installed during the 1950s, for example, Wheels moved heavily into computers in the 1960s.  During that decade, we had over 30,000 vehicles on lease.  We realized that the business was becoming increasingly sophisticated, and that computers would be instrumental for continued growth.  In fact, we could not possibly have gown as we have without computerization.

As much fun as it is to reminisce, I also want to say I think this industry has a great future - even more interesting and challenging than its past."