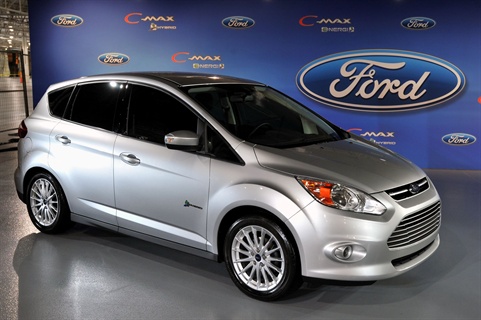 STERLING HEIGHTS, MI – Ford Motor Co. changed its plans for the C-MAX lineup, which originally included a seven-passenger gasoline-only version of the C-MAX, to instead offer two five-passenger hybrids, the C-MAX Hybrid, and a plug-in hybrid, the C-MAX Energi, in North America. The automaker cited a general intent to electrify vehicle platforms (rather than single vehicles) as part of the reason for the change in plans. Both vehicles will go into production in 2012.

Ford said it plans to offer a total of five electrified vehicles for North America by 2012. The company’s lineup includes the Transit Connect Electric (on sale now), and Focus Electric for 2011, and the C-MAX Energi plug-in hybrid and C-MAX Hybrid, in addition to another as-yet unannounced next-generation hybrid in 2012.

“Customers have come to expect fuel efficiency with every new vehicle Ford delivers today, and now we are further differentiating our electrified vehicle lineup with something else people truly value – choice,” said Jim Farley, Ford’s group vice president of Marketing, Sales and Service. “Whether people want a hybrid, a plug-in hybrid or full battery electric vehicle, we have a family of vehicles for them to consider, providing a range of options to best meet their needs and support their driving habits and lifestyles.”

Ford said its new C-MAX Hybrid is targeted to deliver better mpg than the Fusion Hybrid and is the first of two new Ford Hybrids to use lithium ion battery technology. The company also intends its C-MAX Energi to achieve AT-PZEV status.

In the larger scope of Ford’s operations, the automaker said the change to hybrid-only versions of the C-MAX is part of an effort to boost production capacity of its electrified vehicle lineup, tripling it, through 2013.

Ford said that the five-passenger version of the C-MAX, the base for the C-MAX Hybrid and C-MAX Energi, is popular in Europe, with more than 100,000 models sold since its launch in 2010.

The automaker added that the production of more electrified vehicles is adding 220 jobs in Michigan, 170 jobs at Ford’s Rawsonville and Van Dyke Transmission plants, plus more than 50 new engineers based in Dearborn in the past 12 months.