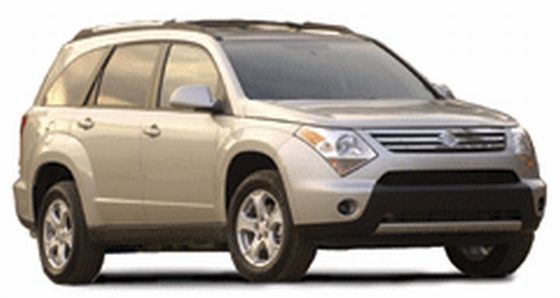 No matter how few vehicles are in your fleet, when gas prices crossed the $4 mark, you probably began taking a very hard look at those vehicles, especially those you were going to replace soon.

For this reason, the line of vehicles imported by American Suzuki Motors has moved the company to the forefront of many fleet operators' considerations.

A little history is in order. Suzuki began in the early 20th Century by building cloth weaving looms. The company branched out into transportation after World War II with a small motor that could be mounted on a bicycle.

By the end of the '50s, Suzuki had launched its first car, the Suzulight. It was considered advanced for its day, incorporating features that are still a part of the Japanese microcar market. Other larger models followed, and the company entered the U.S. small vehicle marketplace in 1963 with the Samurai compact SUV. On the world scene, the Swift subcompact was selling well across Asia, and had established a reputation for quality and reliability.

Fast forward to today. Suzuki sells more than two million automobiles around the world, on top of its sales of motorcycles, all-terrain vehicles and outboard motors. And since the company has specialized in smaller vehicles, its products are properly-sized for the current market.

Here is a brief look at Suzuki's North American fleet.

Business Fleet spoke with David Boldt, Suzuki's manager of product PR, to get the best angle on the company's vehicles for fleet use.

Boldt was also excited about the increasing availability of the SX4 Sport, the sedan version of the SX4 Crossover. This uniquely-styled compact sedan offers a handsome exterior, a roomy interior and an EPA fuel economy rating of 23/31, even when equipped with an automatic transmission.

The SX4 Crossover, mechanically the same as the SX4 Sport sedan, is offered with full-time all-wheel drive as standard equipment. Similar to the sedan, it features the 2.0L DOHC engine and choice of 5-speed manual or 4-speed automatic transmissions. Both models have disc brakes and independent suspension on all four wheels. The Crossover has theatre-style seating, allowing the rear passengers to see over those in front.

Overall equipment is extensive for the price class, with power brakes and mirrors, central locking, air conditioning and power windows as part of the spec. [PAGEBREAK]

For 2009, the SX4 models become the first vehicles in the U.S. priced under $16,000 to offer a navigation system as standard equipment.

Referred to as the Suzuki T.R.I.P. (travel, real-time traffic, information and play), the fully integrated system uses Navteq mapping software and includes a flip-up 4.3-inch touch screen display and Bluetooth hands-free calling technology that can receive and audibly play text messages. The system comes preloaded with street maps that feature millions of points-of-interest, such as hotels, restaurants, gasoline stations and ATMs, and other Suzuki-recommended, brand-oriented destinations.

Launched at the Chicago Auto Show this spring, the Equator pickup is produced by Suzuki in cooperation with Nissan at Nissan's Smyrna, Tenn. plant. Equator is offered in Extended Cab and Crew Cab versions, with a choice of I-4 or V-6 power and four-wheel drive as an option.

Equator's 2.5L I-4 develops 152 horsepower, and the 4.0L V-6 puts out 261 horsepower. The I-4 can be equipped with a 5-speed manual transmission, while both engines are available with a 5-speed automatic. Four-wheel disc brakes and power rack-and-pinion steering are standard.

The current Grand Vitara was launched as a 2007 model in the compact SUV arena. The 2.7L DOHC V-6 engine delivers 185 horsepower and a choice of a 5-speed manual or a 5-speed automatic.

Grand Vitara is offered in front- or full-time four-wheel drive versions and can tow up to 3,000 lbs. Suspension is independent all around for a smooth ride, on or off the road. The vehicle is offered in three trim levels, the highest of which delivers leather seating, a high quality stereo system and heated front seats.

Flagship of Suzuki's SUV line is the XL7. It offers a 252 horsepower 3.6L DOHC V-6 under the hood, coupled to a 5-speed automatic transmission, as well as independent suspension and disc brakes all around. Front-wheel drive is standard; full-time AWD is an option.

Seven-passenger seating is offered on three of the five available trim levels and is standard on the top-line Limited model. The Limited model also includes a touch-screen navigation system as part of its specification, while a rear-view camera system is optional.

Coming soon to Suzuki dealerships will be a new entry-level luxury sedan, based on the Kizashi concepts which have been shown on the auto-show circuit in 2007 and 2008. It will incorporate a 3.5L DOHC V-6 that puts out 300 horsepower, and will drive all four independently-suspended wheels through a six-speed paddle-shifted automatic transmission. The company plans for a 2010 model-year launch.

BF also spoke with Tim Finley, fleet sales and remarketing manager for Suzuki. Suzuki is too small at this point to have the features offered by the fleet programs of the major players.

However, Finley says that Suzuki buyers can work through its dealers for fleet incentives on all models up to $3,500, with a minimum purchase of five vehicles required.