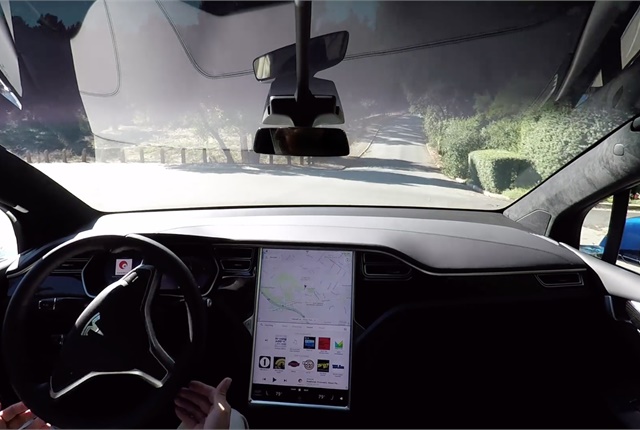 Tesla Motors on Oct. 19 changed its manufacturing processes so that all of its vehicles, including Model 3, now include the hardware necessary for full self-driving capability, the company said.

These autonomous cars are capable of driving “at a safety level substantially greater than that of a human driver,” Tesla said on its blog. The vehicles rely on eight surround cameras for 360-degree visibility around the car and 12 ultrasonic sensors for additional detection.

“A forward-facing radar with enhanced processing provides additional data about the world on a redundant wavelength, capable of seeing through heavy rain, fog, dust and even the car ahead,” Tesla said.

A new onboard computer, featuring more than 40 times the computing power of the previous-generation computer, operates the new Tesla-developed neural net for vision, sonar, and radar processing software.

“Together, this system provides a view of the world that a driver alone cannot access, seeing in every direction simultaneously and on wavelengths that go far beyond the human senses,” Tesla said in the blog.

Model S and Model X cars with the new hardware are already available for purchase. However, Tesla will further calibrate the system before activating the features enabled by the new hardware. This calibration will rely on data accumulated during millions of miles of real-world driving, the company noted.

In the meantime, Tesla cars equipped with the new hardware will temporarily lack some features now available on vehicles with first-generation Autopilot hardware. These include some standard safety features such as automatic emergency braking, collision warning, lane holding, and active cruise control.

But as these features are validated, Tesla will enable them through over-the-air software updates. The company will also eventually enable a growing set of new features, Tesla said.

To view a video demonstrating a self-driving Tesla, click on the link or photo below the headline.