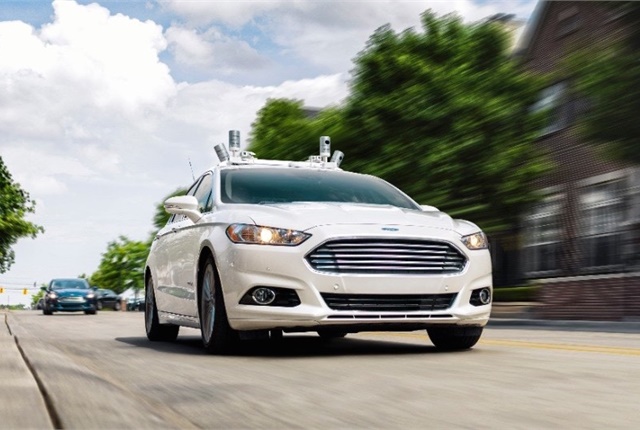 One key to Ford’s plans for a fully autonomous vehicle in 2021 is the development of more affordable light detection and ranging (LiDAR) sensors that can be quickly mass-produced. This is the focus of the automaker’s investment in Velodyne, a technology firm based in Silicon Valley, Calif.

“From the very beginning of our autonomous vehicle program, we saw LiDAR as a key enabler due to its sensing capabilities and how it complements radar and cameras,” said Raj Nair, Ford’s chief technical officer and executive vice president of product development. “Ford has a long-standing relationship with Velodyne and our investment is a clear sign of our commitment to making autonomous vehicles available for consumers around the world.”

Velodyne’s LiDAR solutions can produce 300,000 to 2.2 million data points per second with a range up to 200 meters at centimeter-level accuracy, according to the company.

“LiDAR continues to prove itself as the critical sensor for safe autonomous vehicle operation,” said David Hall, founder and CEO of Velodyne LiDAR. “This investment will accelerate the cost reduction and scaling of Velodyne’s industry-leading LiDAR sensors, making them widely accessible and enabling mass deployment of fully autonomous vehicles. We are determined to help improve the goal of safety for automotive vehicles as soon as possible, as well as empower the efficiency autonomous systems offer.”

The Ford driverless vehicle will operate at Level 4 autonomy on the SAE-standard 5-level autonomous-technology scale. This designation means the vehicle is classified as offering “high automation” that can operate the vehicle under all conditions in certain driving “modes” without the potential need for human attention or intervention.

To view a video interview with Ford CEO Mark Fields, in which he discusses plans for the fully autonomous vehicle, click on the photo or link below the headline.