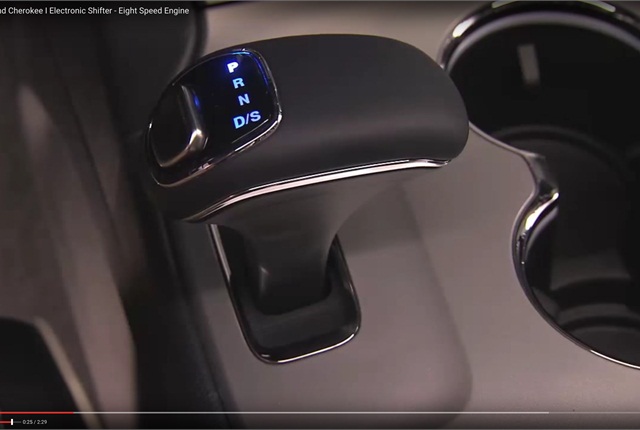 Drivers operating a vehicle equipped with a monostable electronic gear shift assembly may be at a higher risk for inadvertently exiting the vehicle when it’s not in park and the engine is still running, documents from federal regulators suggest.

Drivers confused by the gear shifts have been involved in 121 alleged crashes, according to the National Highway Traffic Safety Administration.

Last summer, the National Highway Traffic Safety Administration’s Office of Defects Investigation (ODI) opened a preliminary evaluation in response to complaints alleging rollaway crashes tied the electronic gear shifts installed in 2014-2015 model-year Jeep Grand Cherokees. In February, the ODI decided to upgrade the investigation to an engineering analysis and include other models equipped with the same electronic gear shift assemblies: 2012-2014 Chrysler 300 and Dodge Charger vehicles equipped with 3.6L engines. More than 856,000 vehicles are now at issue.

In these vehicles, the ZF Group-supplied monostable electronic gear shift operates in a way that’s different from conventional gear shifts. The gear shift doesn’t move into a detent. Instead, it springs back to a centered/neutral position after the driver selects a gear and releases the shifter. A button on the shift knob must be depressed to shift out of park, out of neutral, or from drive to reverse or park. The engine won’t turn off normally unless the transmission is in park.

(To view an instructional video that demonstrates how the gear shifts work, click on the photo or link below the headline.)

The selected gear is displayed in the dash, and the letters are illuminated on the shifter. If the driver’s door opens when the gear shift isn’t in park, a chime sounds and a warning is displayed on the instrument panel.

But some drivers are still unwittingly exiting the vehicles when they’re not in park and the engine is still running, leading to the rollaway crashes. The drivers think they’ve placed the vehicle in park and turned off the engine, but that’s not the case.

A total of 117 alleged crashes, including 28 that resulted in injuries, have been tied to the Jeep Grand Cherokee shifters. Four alleged crashes and two injuries are associated with the Chrysler 300 and Dodge Charger shifters.

NHTSA testing “indicates that operation of the Monostable shifter is not intuitive and provides poor tactile and visual feedback to the driver, increasing the potential for unintended gear selection,” ODI wrote in its preliminary evaluation summary.

FCA (Fiat Chrysler Automobiles) abandoned the monostable electronic gearshift design for the Dodge Charger and Chrysler 300 in model-year 2015. The design also changed for the Grand Cherokee in model-year 2016.

ODI’s ongoing engineering analysis will “assess the scope, frequency, and safety-related consequences of the alleged defect,” according to NHTSA documents. It's not clear yet whether there will be a safety recall.

Drivers might find the gear shifts deceptively familiar and subconsciously revert back to the muscle memory of operating a conventional gear shift, especially if they’re mentally preoccupied or running late. Managers with fleets that include these vehicles may want to warn drivers about this risk.