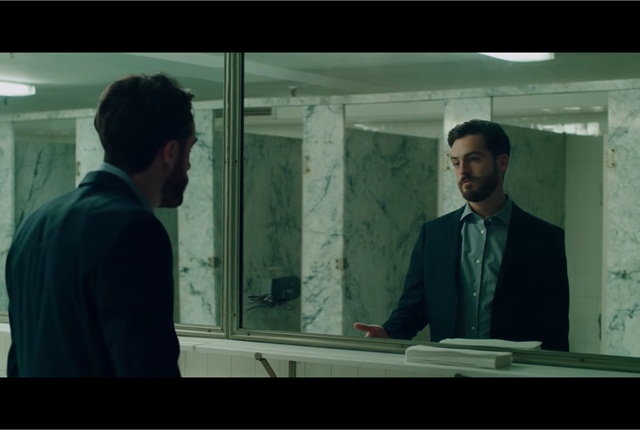 VIDEO: Man in the Mirror

The National Highway Traffic Safety Administration’s new “Drive Sober or Get Pulled Over” ads will run in movie theaters immediately before screenings of “Star Wars: The Force Awakens.”

“We hope the millions of Americans who will be on the road over the holidays will make the safe choice not to drink and drive,” said U.S. Transportation Secretary Anthony Foxx. “Across the country, local law enforcement officers will be on the roads, protecting all of us from the risk of drunk driving.”

Through Jan. 1, the new ad campaign will air on television, digital outlets and thousands of theaters across the nation. In the ad titled “Man in the Mirror,” a young man who has had too much to drink argues with his alter ego about whether he’s fit to drive. (To view the video, click on the photo or link below the headline.)

Another version depicts a young woman in the same scenario. Both ads show that people who have been drinking can’t trust themselves to properly judge whether they are sober enough to drive.

Newly released data show a 1.1 percent decline in drunk driving deaths in 2014. Among the 9,967 alcohol-impaired driving fatalities in 2014, 69 percent (6,852) were in crashes in which at least one driver had a blood alcohol concentration (BAC) of .15 or higher. This is nearly twice the set limit in every state.

“In the time it takes to watch a two-hour movie, two or more lives will be lost in drunk driving-related crashes,” NHTSA Administrator Mark Rosekind said. “Drunk driving doesn’t just happen. It’s a decision people make. A decision to break the law can bring with it fatal consequences. We’re proud to be working with thousands of law enforcement agencies across the country to protect the public and get drunk drivers off our roads.”

It is against the law in all 50 States, the District of Columbia, and Puerto Rico to drive a vehicle with a BAC of .08 or higher. The "Drive Sober or Get Pulled Over" holiday enforcement crackdown includes more than 10,000 participating police departments and law enforcement agencies.