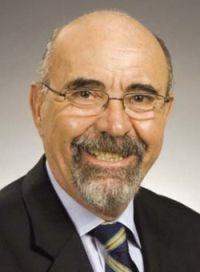 Jim Anselmi began his career in the automotive fleet industry in 1965 with the Port Authority of New York & New Jersey, where he worked for 31 years. He started as an apprentice automotive mechanic and worked his way to manager of the Central Automotive Division in 1986. He joined Lorillard in July 1996 after taking early retirement from the Port Authority.

In 2002, Anselmi was the recipient of Automotive Fleet's Professional Fleet Manager of the Year award, co-sponsored by Wheels Inc. and AFLA. Instead of naming an accredited university business school to receive a $5,000 scholarship - jointly funded by AF, Wheels Inc., and AFLA - in his name, Anselmi requested the money be donated to the Neil D. Levin Foundation, which went toward the education of children of Port Authority of New York & New Jersey employees who died in the September 11 terrorist attacks. GE Capital Solutions Fleet Services also contributed an additional $5,000 to the fund.

On April 4, GE Capital Solutions Fleet Services presented Anselmi with a plaque in recognition of Lorillard's 25 years of partnership with GE. Anselmi is a long-standing member of GE's Client Advisory Board and has been instrumental in working with GE on key business initiatives, which have delivered cost savings, led to improved processes, and new-product development.

In an article in AF in 2002 on the industry's "top fleet personalities," Anselmi said that the advice he would have liked to have gotten before he entered the fleet business was "No one ever advised me of the diversification of the fleet industry. I've always been involved in some function of the car or fleet business, first as a mechanic, then automotive engineer, and finally fleet manager. I thought each of these was challenging and rewarding."

Jim Anselmi was director of fleet operations & travel for Lorillard Tobacco Co. and responsible for 1,350 vehicles when he announced his retirement in June 2007.