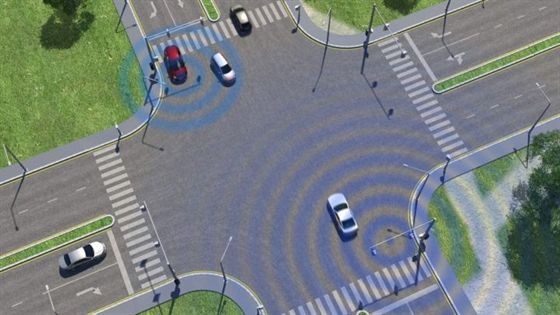 WASHINGTON D.C. - Ford announced that it is developing prototype Ford Taurus sedan vehicles, for demonstrations across the U.S. later this summer, that can communicate wirelessly with one another. This technology uses Wi-Fi signals, or dedicated short-range communications, on a secured channel allocated by the Federal Communications Commission.

"Ford believes intelligent vehicles that talk to each other through advanced Wi-Fi are the next frontier of collision avoidance innovations that could revolutionize the driving experience and hold the potential of helping reduce many crashes," said Sue Cischke, group vice president, Sustainability, Environment and Safety Engineering.

Ford said that this effort is a public-private partnership between Ford, other automakers, the federal government, as well as local and county road commissions to create a common language to ensure all vehicles can talk to each other based on a common communication standard, in addition to building the prototypes. The Ford Taurus prototypes will be involved in government-sponsored driving clinics beginning in the summer of 2011.

Ford said the public-private partnership plans to complete standards development by 2013. The DOT’s Intelligent Transportation Systems (ITS) will focus on researching these standards and will continue to coordinate with a coalition of automakers organized by the Crash Avoidance Metrics Partnership (CAMP), which is a joint research group headed by Ford and General Motors. Ford added that it is doubling its intelligent vehicle research investment and will build on the company's SYNC and MyFord Touch platforms as part of this effort.