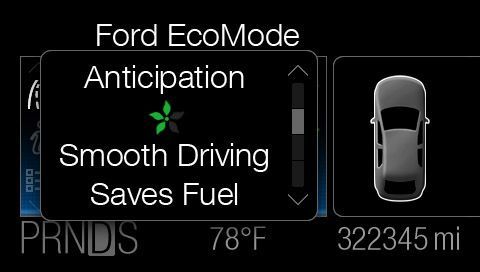 It also generates a scorecard based on monitoring engine rpm, vehicle speed, accelerator position, clutch position, selected gear and engine temperature when the driver is shifting gears, anticipating traffic conditions by adjusting speed and distance to other vehicles and whether he or she is using a cruising speed on open roads.

On the instrument cluster, EcoMode will display their scores via a “leaf” scoring system, ranging from 1-5, with 2 as the default score. Scores are cumulative, but a driver can restart the system by resetting the average fuel consumption.

EcoMode is standard on 2012 Focus SE, SEL and Titanium models.