DETROIT - In statements made by Toyota to Reuters, by General Motors to the Detroit Free Press, and by Ford to the Wall Street Journal, automakers see gas prices on the rise. Toyota’s brand chief Bob Carter said he believes gas prices will remain above $3 a gallon throughout 2011, eventually rising to $3.50. He added that in states with high taxes and other fees, such as California, the price could rise to $4 per gallon. 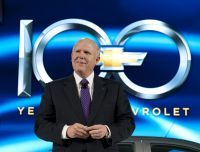 GM’s CEO Dan Akerson told the Detroit Free Press that he thinks $4 per gallon is a possibility by 2012. He added that the company held meetings in November 2010 discussing how to produce two to three times the 45,000 Chevy Volt vehicles slated for production in 2012. 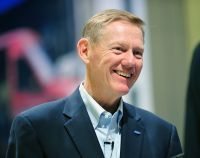 Ford’s CEO Alan Mulally didn’t offer an opinion on the possible price increase or a timeline but said the company is ready with a lineup of affordable small cars if prices rise to $4 per gallon. Ford’s Mulally told the Journal that the company’s Wayne, Mich., assembly plant will be capable of building vehicles that run on gasoline, hybrids and plug-in hybrids, and all-electric vehicles.

Adding to the statements made by executives and representatives from the automakers, Automotive Fleet reported in late December that former President of Shell Oil John Hofmeister said that gas prices could rise to as much as $5 per gallon by 2012 due to growing global demand for oil, tighter supplies, and inadequate responses by the U.S. government.