FRANKLIN, TN - In conjunction with the world debut of the all-new 2011 Infiniti QX Luxury Sport Utility Vehicle at the New York International Auto Show, Infiniti announced pricing for the vehicle - which remains unchanged from the 2010 models. The 2011 QX is scheduled to go on sale at Infiniti retailers nationwide in early summer 2010.

Prices for the 2011 Infiniti QX start at a Manufacturer's Suggested Retail Price (MSRP)* of $56,700 USD for the QX56 2WD and $59,800 USD for the QX56 4WD. These prices are the same as the previous generation QX, despite added content and features including: 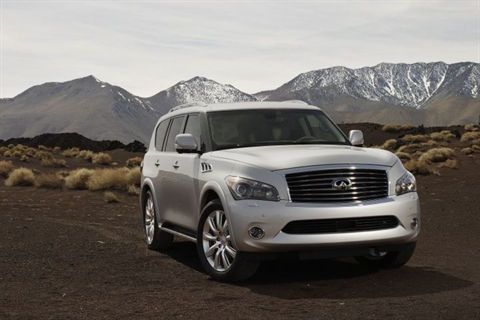 "This is a phenomenal vehicle at a phenomenal price point, especially given the enhanced styling inside and out and the impressive suite of new and improved standard features," said Ben Poore, vice president, Infiniti Business Unit. "The new QX is designed to offer a true five-star travel experience, while providing the benefits of available eight-passenger seating capacity, versatile cargo space and 8,500-lb. towing capacity. It sets a new standard in full-size luxury SUVs."