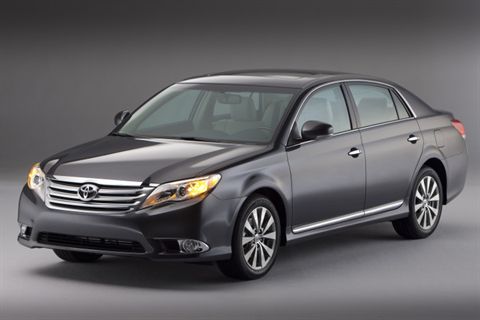 CHICAGO - Featuring a new exterior style and a restyled interior with new technologies, the newly redesigned 2011 Toyota Avalon was revealed at the Chicago Auto Show this week.

Comfort, safety, and technology on the model have been enhanced by the automaker, including upgraded equipment and technology features, such as a touch-screen navigation system with real-time traffic, and Bluetooth hands-free phone capability with music streaming to the audio system.

"The changes made for 2011 will allow us to build on our position in the premium large car segment," said Bob Carter, group vice president and general manager, Toyota Division, Toyota Motor Sales, U.S.A.

The 2011 Avalon is powered by a 24-valve, dual-overhead cam 3.5L V-6 engine that produces 268 horsepower at 6,200 rpm. The engine is equipped with the latest dual VVT-i electronic valve-control mechanism that provides a broader powerband, while requiring less fuel and generating fewer emissions, according to the automaker. It is mated to a multi-mode six-speed automatic transmission.

The 2011 Avalon is an Ultra Low Emission Vehicle (ULEV), EPA-estimated to deliver 20 mpg in the city, 29 highway, and 23 combined, and will begin arriving at Toyota dealerships nationally in spring 2010, Toyota announced.