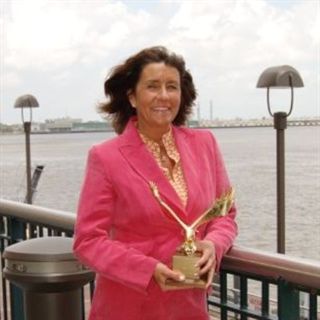 NEW ORLEANS – Christy Coyte, global fleet manager for Johnson Controls, Inc., was presented the 2009 Professional Fleet Manager of the Year award by Automotive Fleet magazine. Sponsored by Wheels Inc. and the Automotive Fleet & Leasing Association (AFLA), the award was presented at the NAFA Institute & Expo in New Orleans, Sunday, April 26. A six-time nominee and three-time award finalist, Coyte was recognized for her years as a leader in the fleet industry profession.

"It means so much to be acknowledged by my peers for this honorable achievement! Especially in today's challenging environment when so many companies are eliminating fleet managers, it makes me feel very humbled and grateful to Johnson Controls for recognizing our fleet team's value in managing one of the largest commercial fleets in the industry," said Coyte. "In New Orleans, I  received so many handshakes, congratulations, and notes from people I know — and even some people I don't know.  People are great.  It's been a very exciting few days and I appreciate all the kindness."

Coyte was one of three finalists selected from a slate of 11 nominees for the 2009 award. Theresa Belding of Forest Pharmaceuticals and Michael Sims of Church of Jesus Christ of Latter-day Saints were the other two Fleet Manager of the Year finalists.

As global fleet manager, Coyte oversees fleet operations in more than 20 countries, managing more than 14,000 vehicles. Before joining fleet 14 years ago, Coyte began her career with Johnson Controls in 1978, holding various positions in audit, legal, and human resources. She has been a NAFA member since 1994, currently serving as Michigan chapter secretary. Coyte also serves on the LeasePlan's Future Directions (U.S.) and Global Advisory boards.

The 25th annual award was presented to Coyte by AF, Wheels Inc., and the Automotive Fleet & Leasing Association (AFLA) in a special ceremony at the NAFA I&E. The award nationally recognizes an experienced and proficient fleet manager who has demonstrated special business acumen in developing and executing key management policies in all fleet areas. A $5,000 scholarship in the name of the recipient is given by AFLA to an accredited university business school of the winner's choice. 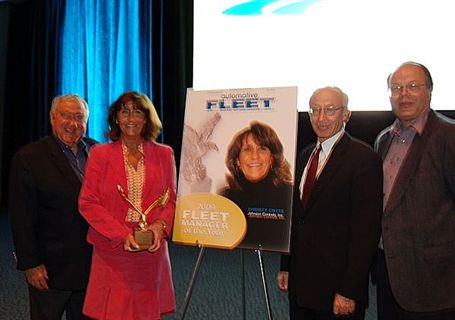 "This year's Fleet Manager of the Year award continues to exemplify the best in commercial fleet management in the U.S.," said Mike Antich, editor and associate publisher of AF. "The winner, Christy Coyte, and the award finalists represent the best of what professional fleet management offers. As illustrated in their outstanding fleet organizations, these honored fleet managers demonstrate the skill sets and expertise vital to effectively managing their companies' ROI on the critical assets of company vehicles and drivers."

Doug Weichman, director of fleet management for Palm Beach County, Fla., was recognized as the 2009 Public Sector Fleet Manager of the Year. Weichman was one of 31 nominees selected for his fleet achievements in the public sector. Presented by Government Fleet magazine, the award is sponsored by Automotive Resources International (ARI) and co-sponsored by Fleet Counselor Services.

Professional Fleet Manager of the Year

Fleet Executive of the Year