GOTHENBURG, SWEDEN - With the Volvo XC60 Volvo Car Corporation is stepping into the growing crossover segment.

At the other end of the range it is offering the C30, S40 and V50 1.6D DRIVe with best in class consumption and lowest CO2 emission levels.

Both the XC60 and the DRIVe cars have successfully entered the mass production stage in Volvo Cars’ Ghent plant during the last weeks.

The Volvo XC60 is Volvo Car's entry in the growing medium crossover segment. This year some 12,000 cars will be produced and the aim is to reach a yearly level of over 50,000 cars.

The new XC60 had its premiere showing at the international car show in Geneva in March. Since then, Volvo Cars has been working hard to prepare the car for serial production.

The corresponding CO2 figures of 115 and 118 g/km mean that the C30 and V50 have best-in-class CO2 emissions in their segments. All three models - the C30, S40 and V50 - are equipped with a special set of efficiency-enhancing features and marked with the DRIVe emblem to signal their up rated environmental properties.

Volvo Cars expects to sell over 20,000 1.6D DRIVe cars next year in Europe. Sales are expected to spread fairly uniformly throughout the region, with France, Sweden and Spain accounting for the main part. The reason for this is the particularly favourable terms offered to buyers in these countries. 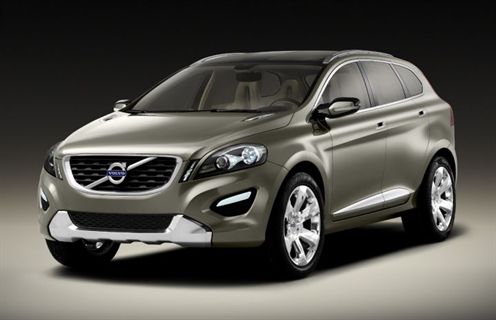