PHOENIX – The Automotive Fleet and Leasing Association (AFLA) hosted a record of nearly 300 attendees at its 40th Annual Meeting and Conference at the JW Marriott Desert Ridge Resort & Spa in Phoenix, September 10-12. One of the conference's highlights was the presentation of the Fleet Hall of Fame Awards.

A PowerPoint presentation of the 10 inductees in the 2008 Fleet Fall of Fame can be viewed here.

Other highlights from the 2008 AFLA conference included a "Cars of Tomorrow" reception featuring future concept vehicles, as well as presentations from renowned experts such as:

In addition to the high-caliber educational content, several conference attendees participated in the classic Pete "Z" Golf Tournament, during which AFLA Secretary Deb Watkins successfully shot a hole-in-one to win a cruise or airfare for two sponsored by Flexco Fleet Services. 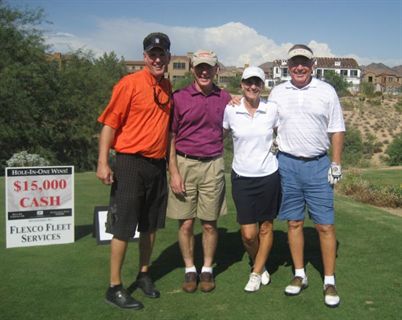 To view the full conference photo gallery, go to http://www.aflaonline.com/displaygallery.cfm?gallerysub=2008%20Annual%20Conference

More details about the conference can be found at AFLA's Web site at http://www.aflaonline.com/displaycommon.cfm?an=4.