The fleet industry has come a long way since 1970, and PHH Arval's Jim Rallo has as well. He's seen some significant advances during his tenure and a few major challenges. Rallo retired March 30 from the industry after spending more than 38 years with PHH.

During his years with PHH, the com-pany grew from 400 employees to more than 1,000. Numerous new programs were introduced, e.g., fuel management, maintenance, accident management, telematics, and global expansion.

Rallo, with others, had a direct impact on fleet industry legislation during the latter half of his career, witnessing both the Clean Air Act and Energy Policy Act rock the fleet industry.

On behalf of the American Automotive Leasing Association (AALA) and PHH, Rallo testified before a number of state, congressional, and federal agencies, lobbying for legislation formulation in regard to the commercial fleet industry. He worked closely with Sam Wright from PHH, AALA lobbyist Paul Smith, and other AALA members.

One of Rallo's memorable moments was testifying, with T. Boone Pickens, before a Congressional committee on the merits of including incentives over mandates in 1992 EPAct legislation.

"Pickens supported mandates for years, but that day changed his position and agreed with us. I like to think our testimony had a huge influence on his reversing his decision," said Rallo.

"While at the time very stressful, it was quite rewarding," he recalled. "We were involved in educating and shaping legislation that would have a major impact on fleets."

Rallo served as president of the Automotive Fleet & Leasing Association (AFLA) and a long-time member and affiliate trustee of NAFA Fleet Management Association (NAFA), ultimately named an honorary member for his service and education to the industry. He also served as VP of the NAFA Foundation. As an AALA member, he led the industry standards initiative with the Domestic Three. His civic affiliations included the United Way, Junior Achievement, Baltimore County Recreation Council, YMCA board member, among others. 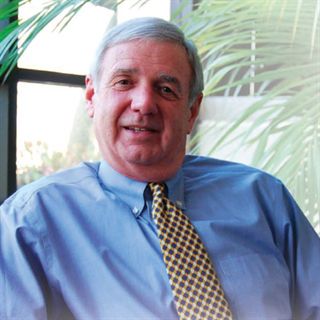 Fleet funding methods have changed dramatically over the years, from using auto manufacturer funding based on the Prime rate in the late '60s and '70s to blended rates and other alternative funding into the early '80s after Prime rates skyrocketed under President Jimmy Carter.

"In the early '80s, PHH introduced commercial paper to the industry as a source of funding," Rallo said. The benefits to leasing far exceeded anything previously offered in the industry, he noted.

"This and the consolidation of several FMCs (fleet management companies) played a significant role in the rapid growth of PHH and the other major FMCs in existence today," Rallo said.

In the mid-'80s, Rallo saw outsourcing take the industry by storm after companies sought a cost-effective alternative to their internal fleet management administrative woes. This significant change essentially came out of the blue. "No one saw it coming," said Rallo.

"It wasn't something that fleet management companies had developed and aggressively marketed. It came as a re-quest from our client base, rather than a reimbursed fleet that would not have a fleet department," he said. "It was the next step in the evolution of the industry."

Until the '90s, when a technological revolution ensued, fleet managers largely dealt with primitive computer capabilities when managing their fleets.

"By the mid-'90s, the industry turned to technology in the blink of an eye, and Web-enabled fleet management became the norm," Rallo said. "PHH was at the forefront of this movement, and in 1997, caught the industry by surprise with the introduction of PHH InterActive. It was the first time a data warehouse system had been used in our industry."

Despite the vast issues with funding fleets in the current market, Rallo sees hope for the future. "The industry will get through this challenging time, as we always have," he said. "Perhaps it will be something new and different from anything we currently know, just like the fuel card programs that grew out of the energy crisis in the '70s."

Rallo does see fleets moving back to a dual-supplier philosophy, as in the '70s and early '80s with FMCs and manufacturers. "Companies are just not as comfortable being with one supplier/partner during these economic times," he said.

Fleets will continue to move ahead their "green" initiatives, and the technological revolution will continue to change how fleets are managed and operated, Rallo said. "Being green isn't just a trend. People see value in it, and it's the right thing to do."

The benefits of going green are worth it, due to reducing greenhouse gases, improving vehicle mpgs, and lowering operating costs, he added.
He also predicts the use of technology within fleets will not waiver as companies increase their focus on fleet safety, operating costs reductions, and productivity increases. He expects auto manufacturers will continue improving quality and fuel economy, along with playing a much larger role in the future of telematics for fleets.

Rallo believes fleet management's future is bright. "Companies, more than ever, need fleet professionals to manage these assets and their large budgets," he said. "Supporting these professionals will be the FMCs, as they have since the founding of our industry. Their focus hasn't changed, just the programs and tools utilized today - reduce operating cost and improve fleet processes and driver productivity.