From all-new vehicle designs and state-of-the-art technologies to affordable “green” options, Ford continues to implement smart technology and design elements into its vehicles. And, according to Kevin Koswick, director of Ford’s North American Fleet, Lease & Remarketing Operations (NAFLRO) from a corporate perspective, the automaker has made significant strides forward this year.

“We’ve made great progress on our four-point plan to restructure the company to operate profitably, accelerate product development, finance our plan as we improve our balance sheet, and work together effectively as a team,” Koswick said.

According to Koswick, Ford leads in vehicle quality. “For model-year 2009, we have more industry-first technologies and advancements than ever before,” he said. “And we have more five-star crash test ratings than any other brand or company in the history of the United States.”

Ford is making significant strides as it continues to “Drive Quality.” Its quality gain for 2007 models was 11 percent, and for 2008 models, the manufacturer added another 8-percent improvement. With industry-wide average per-year improvement at only 2 percent, Ford’s yearly quality gains are more than four times better than the rest of the industry.

“Constantly improving Ford quality has a lot of advantages for fleets,” Koswick said. “In fact, Ford has more trucks on the road with 250,000 miles than any other brand. Reliability and high quality also lead to better residual values, and that contributes to lower total lifecycle costs.”

Focusing on Smart Design and Technology

Ford’s “Drive Smart” focus continues to make a difference in the productivity and efficiency of its fleet customers. For 2009, the manufacturer is bringing out two major enhancements to its exclusive SYNC in-car communications technology. The improvements will help fleets work safer and smarter, and could help their bottom lines by reducing maintenance and operating costs.

SYNC 2.0 will include the innovative 911Assist feature. During a crash, this feature automatically calls the emergency response phone line and alerts authorities. Another new SYNC feature in 2009 is the Vehicle Health Reports function. Information on more than two dozen systems gathered from the vehicle control modules is sent to a Ford 800 number through SYNC’s paired cell phone.

Ford automatically analyzes the data and returns a complete report by text message or e-mail. The process can be customized on the SYNC Web site — syncmyride.com. SYNC can also prompt a fleet to run Vehicle Health Reports at recommended maintenance intervals.

“This is smart technology that makes a real difference to a fleet’s bottom line. Imagine how Vehicle Health Reports can help streamline a fleet’s maintenance process,” Koswick said. “And imagine how they can help fleets contain maintenance costs by pinpointing only what needs to be done based on the vehicle’s own control module data.”

With Ford’s innovative technology suite, Ford Work Solutions, fleets can become more efficient and better organized. The technology will be available this fall on the new F-150, Super Duty, and E-Series van. By mid-2009, fleets can also order it on the new Transit Connect vehicle.

A full-size six- or seven-passenger crossover with ample people and cargo room, Ford’s Flex — released this spring — is prompting significant fleet interest. The vehicle moves with a powerful 3.5L V-6 engine and a fuel-efficient six-speed transmission. With up to 4,000-lb. towing capacity, the Flex comes in front- or all-wheel drive versions.

A full complement of safety features includes a standard — and exclusive — Safety Canopy side curtain airbag to protect all three rows.

The Lincoln MKS is also all-new for 2009. The MKS is available in front-wheel or all-wheel drive, and it sprints ahead with a premium 3.7L V-6 engine.

“Delivery people will love its convenient access, great handling, performance, and its many interior comfort and safety features,” Koswick said.

The all-new 2009 F-150 is redesigned inside and out and will feature a multiple of standard safety features. The 2009 F-150’s complete Safety Suite includes front seat side airbags, Safety Canopy side curtain airbags, AdvanceTrac with RSC, and Trailer Sway Control.

The available Rear View Camera Assist is a segment- and industry-exclusive feature. Ford’s system places the behind-the-vehicle image on the rearview mirror, rather than on the dashboard navigation screen. Designed to help reduce the hazards of backing, the screen inset in the rearview mirror makes using the camera more intuitive and safer.

Whether a fleet’s concern is fuel economy, reducing emissions, or creating a lighter footprint on the earth in terms of materials and manufacturing, Ford offers a range of eco-friendly solutions.

“Our vision for the 21st century is to provide sustainable transportation affordable in every sense of the word — socially, environmentally, and economically,” Koswick said. “But no single solution fits all needs, so we’re leveraging a flexible array of technology options, including hybrids, clean diesels, and ethanol.”

Ford is introducing a new engine technology called EcoBoost that delivers better fuel economy and lower emissions without sacrificing performance. The new technology will be in vehicles starting in the 2009 CY.

For fleets interested in hybrid vehicles, Ford broadens its choice with a new family of hybrids. The Escape and Mariner are improved for 2009, and Ford will produce the 2010-MY Fusion Hybrid and Milan Hybrid beginning in December. 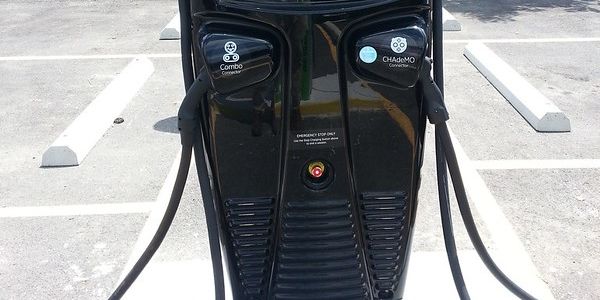