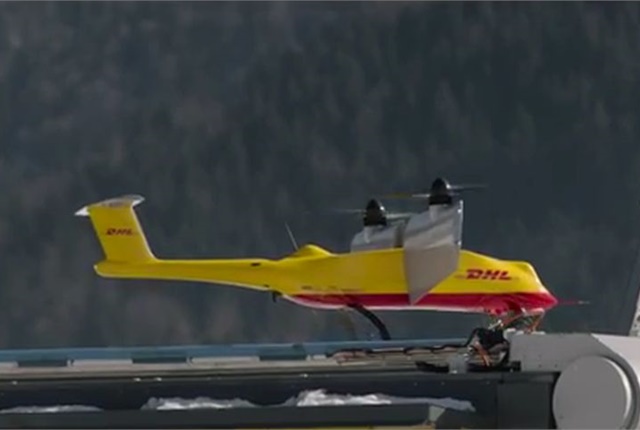 DHL successfully used its Parcelcopter drone for last-mile deliveries during a three-month trial in the Bavarian community of Reit im Winkl in Germany earlier this year, the parcel delivery company announced.

The third iteration of DHL's Parcelcopter was able to handle heavier loads and travel longer distances after technical upgrades. The drone can carry a maximum of 2 kilograms (4.4 pounds) of cargo.

The Parcelcopter carried cargo or either sporting goods or urgently needed medicines on round trips of 8 kilometers (4.97 miles) at roughly 1,200 meters (3,937 feet) above sea level. The drone arrived at the Alm station within just eight minutes of take-off. The same trip by car takes more than 30 minutes during winter.

"We’re the first worldwide (delivery service) who are able to offer a transport drone for end-customer delivery," said Jürgen Gerdes, management board member for Post - eCommerce - Parcel at Deutsche Post DHL Group. "With this combination of fully automated loading and unloading as well as an increased transport load and range of our Parcelcopter we have achieved a level of technical and procedural maturity to eventually allow for field trials in urban areas as well."

DHL will begin analyzing results from the Paracopter tests to determine other potential areas for additional testing.