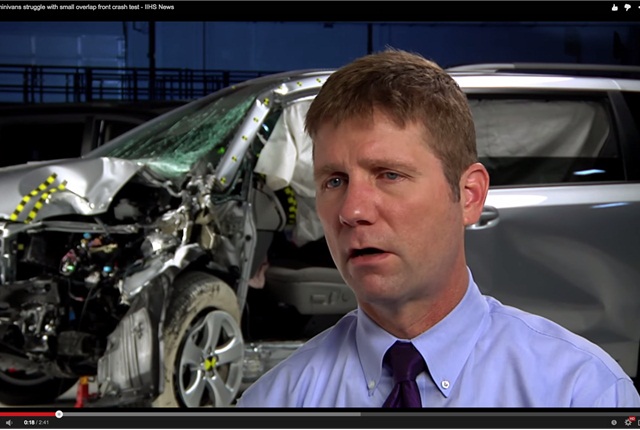 In a recent round of small overlap front crash tests, only one minivan – the Toyota Sienna – drew an “acceptable” overall score while three others drew “poor” overall scores, the Insurance Institute for Highway Safety said.

The Nissan Quest, Chrysler Town & Country and Dodge Grand Caravan all attracted overall scores of “poor,” IIHS said, showing “some of the worst possible outcomes for this type of crash.”

The small overlap crash test replicates what happens when the front corner of a vehicle collides with another vehicle or an object such as a tree or utility pole. Such crashes can be particularly difficult for minivans to handle because these vehicles are typically built on car platforms even though they’re wider and heavier than cars, IIHS said.

Click on the photo or link above to watch an IIHS video summarizing the small overlap crash test results for the four minivans.