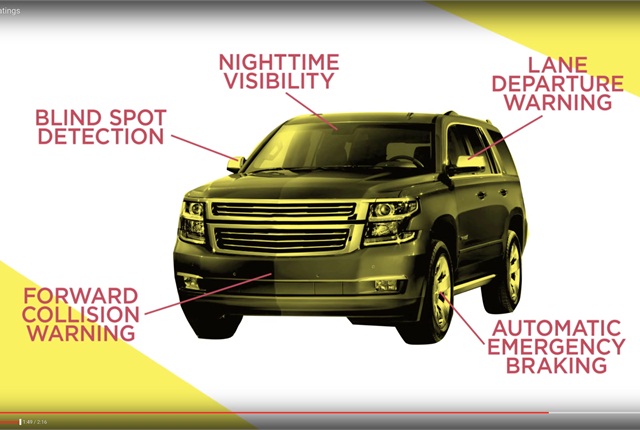 The U.S. Department of Transportation has proposed updates to the National Highway Traffic Safety Administration’s 5-Star Safety Ratings program that would include a new crash test, use of more human-like crash test dummies, and assessment of advanced crash-avoidance technologies.

“NHTSA’s 5-Star Safety Ratings have set the bar on safety since it began in 1978, and today we are raising that bar,” said U.S. Transportation Secretary Anthony Foxx. “The changes provide more and better information to new-vehicle shoppers that will help accelerate the technology innovations that saves lives.”

The 5-Star Safety Ratings, also known as the New Car Assessment Program, crash-tests new vehicles every year and currently rates them on how well they protect occupants in frontal, side and rollover crashes. Results from these tests are compiled into a rating of 1 to 5 stars, with more stars indicating a safer car. The vehicle safety ratings appear on window stickers of new cars, and searchable ratings are available on NHTSA’s Safercar.gov website.

The planned changes to the 5-Star Safety Ratings system include:

"NHTSA’s proposal tricks out the 5-Star Safety Ratings by embracing technology as the big game-changer in saving lives," said Deborah A.P. Hersman, National Safety Council president and CEO. "The announcement comes at a critical time, as highway fatalities have spiked this year. The new ratings address technologies that can stem the carnage for both vehicle occupants and pedestrians on our roadways."

Vehicle buyers are expected to begin seeing ratings under the new system when model-year 2019 vehicles are introduced, NHTSA said. To view a video about NHTSA's 5-Star Safety Ratings program, click on the image or link below the headline.