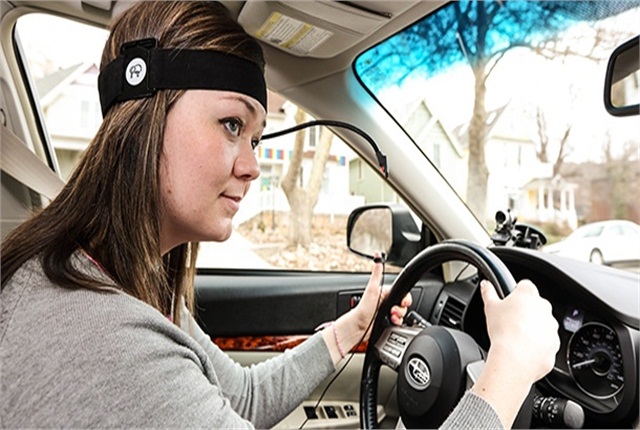 Two new studies from AAA and the University of Utah conclude that hands-free, voice-controlled vehicle infotainment systems can distract drivers, although it is possible to design them to be safer.

“Even though your car may be configured to support social media, texting and phone calls, it doesn’t mean it is safe to do so,” said David Strayer, University of Utah psychology professor and the study’s leader. “The primary task should be driving. Things that take your attention away make you a poor driver and make the roads less safe.”

The AAA Foundation for Traffic Safety, an arm of the nonprofit AAA, sponsored the studies. To view a video report on the studies, click on the photo or link above.

One study concludes that using your voice to make phone calls and tune the radio with Chevrolet’s MyLink system distracted drivers the most. Mercedes’ COMMAND system, MyFord Touch and Chrysler’s UConnect were better, but all diverted attention more than a cell phone conversation, according to researchers.

The least distracting system was Toyota’s Entune, which took as much attention as listening to a book on tape. Entune was followed by Hyundai’s Blue Link, which was a bit more distracting but less so than talking with a passenger, according to researchers.

In the other new study, participants used Apple iPhone’s Siri to send and receive texts, post to Facebook and Twitter, and use a calendar. Siri was more distracting than any other voice-activated technology – even when it was modified for use as a hands-free, eyes-free device so drivers kept their hands on the wheel and eyes on the road, the study concludes.

“We are concerned we may be making distraction problems worse by going to voice-activated technology, especially if it’s not easy to use,” Strayer said. “But the reality is these systems are here to stay. Given that, let’s make the technology as safe as possible with the goal of making it no more distracting than listening to the radio.”

The studies involved 162 University of Utah students and other volunteers who performed a series of tasks -- such as calling, texting and tuning the radio -- using various voice-based, interactive technologies. They performed these tasks while they looked at a computer screen, operated a driving simulator and drove real cars on a loop through Salt Lake City’s Avenues district.

In the real cars, drivers were accompanied by at least one researcher responsible for data collection and for safety spotting to prevent mishaps, such as running stop signs. Video cameras recorded drivers’ actions and the road ahead.

The findings follow a 2013 AAA-University of Utah study that concluded using hands-free devices to talk, text or send e-mail is distracting and risky for motorists.

The 2013 study established a five-point scale for measuring driver distractions: 1 represents the mental workload of driving without distraction, while 5 represents severe distraction caused when drivers performed a complex math-and-memorization test.

Both of the new studies used the same scale. One new study scored common voice interactions with specific infotainment systems in some of the most common auto brands on U.S. roads. Here they are, from least distracting to most distracting:

The Toyota and Hyundai systems show “these systems can be designed so they aren’t very distracting to drivers,” Strayer said.

The other new study rated distractions from eight different ways of interacting with a car by voice command. The ratings, from least to most distracting, were:

Strayer’s tests of Siri allowed drivers – wearing lapel microphones – to interact with Siri as a researcher in the back seat actually manipulated the phone.

“We wanted to focus on mental distraction or workload,” so there was no additional distraction from looking at or handling an iPhone, Strayer explained. He adds that Apple officials told him Siri learns and gets more accurate over time.

“Some of the most advanced technology, such as Siri, can lead to high levels of distraction when you’re trying to drive,” Strayer said. “When these systems become more complex, like sending text messages or posting to Facebook, it pushes the workloads to pretty high levels and may be dangerous while driving.”

Researchers concluded that the more distracting voice-based systems were that way because they were too complex, mentally demanding, difficult to use and often inaccurate at recognizing voice commands.

“It was to the point where drivers [in the experiments] were cursing the systems out, especially the ones that were difficult and wouldn’t do what they want,” Strayer said. “If you want to buy one of these cars, make sure you can actually use the voice-based technology before you leave the lot. Some of these systems are very difficult to use.”

Strayer added: “We need to be smart about how we use this technology. Just because it’s there doesn’t mean we should use it. In some situations, it can be sufficiently distracting that it can impair road safety.”