Rarely has an award given me as much pleasure as the one presented to Automotive Fleet by the National Safety Council. The award was presented for outstanding coverage in the field of safety. The award, presented by Howard Pyle, president of the council, was gratifying because it marked recognition of a job well done. And from a group that knows what it is talking about when it talks about safety. The award also was gratifying because if the National Safety Council feels that AF is contributing something to safety, then we are performing our #1 function -- serving the fleet operator. 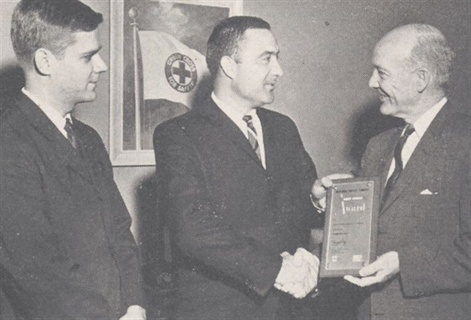 Safety is one of the most important aspects of overall fleet operations, yet it often is one of the most overlooked. Too often, a fleet manager will be up on the latest maintenance procedures, know all about car replacement and controlling of costs, but little about safety operations. Too few fleets have comprehensive safety programs. The fleet with a good safety program not only is performing a vital public service, but it is also cutting down on fleet expenses. The more time and money that a fleet is willing to spend on a safety program, the less expensive is the overall operations. Remember, accidents cost money, both in lost time and replacement expenses. And accidents don't happen; they are caused. The well-trained driver is less likely to become involved in an accident than the untrained driver.

On the subject of safety, it is heartening to learn that all of the auto companies will install seat belts in their cars after the first of the year. However, if your fleet is not now equipped with seat belts, or if you are planning to purchase ne vehicles before January 1, make sure that you purchase belts. Don't wait for belts to become standard. It may be too late.

Item: I've long known that Automotive Fleet has rated high among fleet men, but I've never realized the extent of our readership. We have just received a subscription order from the State Scientific and Technical Library of the USSR in Moscow, Russia. The order has been filled.