LaRosa’s varied accomplishments were recognized May 4 in Salt Lake City, when he was presented Automotive Fleet’s 2008 Professional Fleet Manager of the Year Award.

The award, now in its 24th year, was presented in a special ceremony at NAFA’s 2008 Institute & Expo. Sponsors include Automotive Fleet, Wheels Inc., and the Automotive Fleet & Leasing Association (AFLA).

The Professional Fleet Manager of the Year award was created to recognize an experienced and proficient fleet manager who has demonstrated special business acumen in developing and executing key management policies in all areas.

Qualified nominees are full-time fleet managers who control a company-owned or leased fleet in excess of 100 cars and light trucks combined and are recognized nationally among their peers for their unique abilities and accomplishments.

LaRosa Thinks Outside the Box for Global Fleet

LaRosa’s successful fleet management stems from his drive to continually evaluate better ways of operating coupled with his diverse background.

“I am a results-oriented individual, utilizing my financial experience to better understand the big picture,” he said. “Then I communicate that to my fleet manager and his staff.”

Prior to joining Merck in October 2007, LaRosa had a distinguished career at Bristol-Myers Squibb (BMS), where he spent 25-plus years in various roles in auditing, finance, and fleet. In 1995, he was the first person to join the company’s newly formed financial shared services department, where he spent more than 12 years as fleet manager.

During his tenure at BMS, he consistently decreased average cost per vehicle and saved the company nearly $4 million over two model-years.

LaRosa was also an industry leader in managing order cycles to take advantage of the strong fall resale market.

“In 2000, we were one of the first to look at a single order cycle per year to take advantage of fall resale market,” LaRosa said. “With GM early order incentives and the great resale market that year, we saved a great deal of money for the company.”

At Merck, LaRosa manages 8,765 U.S. vehicles and 13,780 non-U.S. vehicles, including 8,600 in Europe, and supervises three associates in the United States and one in Canada.

LaRosa’s day typically consists of strategizing for cost savings and monitoring fleet operating costs and administrative functions. Most of his planning is focused on uncovering different ways to reduce costs without cutting vehicle or driver services.

“I usually take my experiences here in North America and try to apply those ideas to the Europe, Middle East, and Africa (EMEA) or Latin America markets and vice-versa by taking successful experiences from each region and applying them globally if it makes sense,” he said.

LaRosa has experienced more similarities than differences across the globe. Even though leases are structured differently in Europe, the goal to save money on fuel, for example, is the same as in the U.S.

Other examples of similarities include adding content to increase resale values at lease term end, narrowing the number of suppliers (for example, reducing 19 different vehicle manufacturer suppliers in EMEA to a minimum of four across Europe), and consolidating the number of vehicles for the sales force (a move more readily accepted in Italy, Spain, Portugal, and Turkey). 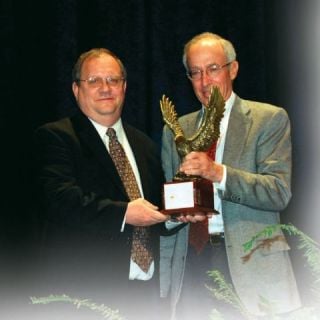 With seamless communication and constant knowledge-sharing, Merck’s fleet team is a model of success. The team holds biweekly meetings with staff from sales administration, finance, procurement, and safety in the U.S. and Canada to review fleet strategy and issues.

“Then, the fleet department held a Merck internal client meeting during which presentations were made by the risk management department to explain Merck’s self-insurance program,” LaRosa said. “We also had a strategy session on potential vehicles for the next model-year selectors.”

Soon after joining Merck, LaRosa implemented a TCO model, which is already instituting important policy and administrative changes in managing fleet and safety and accident management.

“This model has resulted in significant cost savings in a very short time frame,” he said.

“There were quite a few policy changes made, starting with how our selector vehicle was planned,” LaRosa said.

Changes were made to the selector letter, and the driver new-vehicle ordering process with Merck’s fleet management company was simplified.

“Overall, we’re looking for a 10-percent savings across the board,” LaRosa said. “In the U.S., that’s a $10 million savings over three years and about the same amount in Europe.”

While a full realization of savings in the TCO model must wait until lease term end, changes to the fuel card program resulting from TCO model outcomes led to increased fuel selection compliance.

“I first introduced the model for Merck here in the United States and then expanded it overseas,” he said.

The TCO model starts with the upfront cost of the vehicle and ends with that vehicle’s resale. Remaining costs include operational and opportunity/avoidance costs. For example, fuel card programs are considered an operational cost, and correct timing of resale markets is an opportunity cost. Either cost must be controlled and monitored in a timely and meaningful manner, according to LaRosa.

“Here in the United States, you can’t just buy a car for the cheapest price and think it’s the best way to go,” he said. “You must look at resale values, vehicle content, as well as job necessities.”

The adage “timing is everything” is relevant here, he said. While pricing for Merck’s selector models had been set before he arrived, LaRosa added more content to the vehicle equipment, such as the flip-and-fold seat on the Impala so company reps could utilize more trunk space for samples.

“One other change I based on the TCO model was selecting the AWD option instead of FWD on the medical vehicles to get a higher resale value,” he said. “I was able to get some driver efficiency options implemented right away using the TCO model.”

Adding content to vehicles increases value at the end of the lease term — the final step in measuring TCO.

LaRosa’s ultimate goal was to introduce the TCO “way of thinking” to the entire fleet team, including procurement, sales administration, and finance.

“It took a few months, but I believe our entire fleet team is now talking the same language, and it’s quite satisfying that our vocabulary is all on the same level,” he said.

The best is yet to come as Merck’s fleet team moves into renewing with OEMs for vehicles this summer, according to LaRosa. “The choices of vehicles and how they are selected with a TCO model should be quite different than what was done in the past,” he said.

LaRosa spends a good amount of time planning how he can use telematics to reduce operating costs and improve driver behavior, while keeping drivers’ privacy top of mind.

He and his team are still in the development stages of their telematics research, which includes reviews of GPS systems. Putting OnStar in company vehicles is one consideration.

“We’re looking into putting OnStar’s basic program level into our vehicles,” LaRosa said. “And we might upgrade the system for our salespeople in the hope that they can utilize its GPS and get to their sales calls more timely and efficiently.”

Selling this concept to drivers will be a challenge for LaRosa, but he is confident his team can overcome any “Big Brother is watching” sentiments.

The biggest benefit of telematics to a fleet, according to LaRosa, is that it helps management identify high-risk drivers. Incorporating a telematics system allows management to help change the behavior of drivers who are most at risk.

“We most likely wouldn’t use it in every car,” he said. “We’d utilize it, along with reporting from our accident management company, to identify poor driving behaviors, and we would follow up and help those particular drivers.”

LaRosa is investigating how best to use telematics system data. He did include OnStar on all orders for this year. “We’ll make a final decision in about eight months and present our case to management here and in Europe,” he said.

One of LaRosa’s primary goals is to reduce greenhouse gas (GHG) emissions by increasing fuel efficiency across Merck’s global fleet. One example is implementing four-cylinder models in the U.S.

The Merck fleet will follow a corporate initiative to reduce GHG emissions by 12 percent in 2012 from base year 2005. This reduction can be achieved by:

The Merck fleet operates more than 3,500 E-85 Impalas and 10 Prius Hybrids, with 24 Malibu Hybrids on order.

LaRosa places the hybrids only with drivers in urban districts who have perfect driving records. “We are also using it as a good driving award,” he said.

At Merck’s facility in West Point, Pa., the company utilizes GEM and other electric-powered vehicles.

“We will continue to review alternative-fuel vehicle offerings, including the potential for adding diesel-fuel vehicles where feasible, as well as offering four-cylinder engine vehicles and PZEVs,” he said.

One such policy is Merck’s fuel card program, which has garnered highly successful outcomes.

“Since the program was put in place about a year ago here at Merck, we’ve been able to get accurate data on fuel consumption, figure our actual EPA ratings, and measure our greenhouse gas emissions,” LaRosa said.

After implementing the fuel card program while at Bristol-Myers Squibb, LaRosa estimated a 10-percent savings was achieved in the first six months.

“At Merck, we have one of the best-in-class percentages of how we utilize inventory management,” LaRosa said. “On a 9,000-car fleet, our average was less than 125 cars at any one time or about a 1.4-percent vacancy rate.”

While the inventory management function is outsourced to the company’s leasing company, LaRosa expects similar results.

Moving into the future, LaRosa will continue to find ways to streamline and innovate Merck’s fleet.

“Fleet managers will continue to be challenged with higher operating costs, such as fuel, but equally challenging will be monitoring and correcting driver behavior,” LaRosa said. “These steps can be taken both to improve fuel efficiency and to mitigate a company’s risk exposure in field-based employees.”

In addition, the ongoing challenge of educating company personnel on when adding hybrids to a fleet makes sense will need to be a major focus for fleet managers, according to LaRosa.

“The driver and management concern is that reducing the size of vehicles to increase fuel efficiency and cut greenhouse gas emissions may in fact reduce productivity,” he said.

Read more about Fleet Manager of the Year