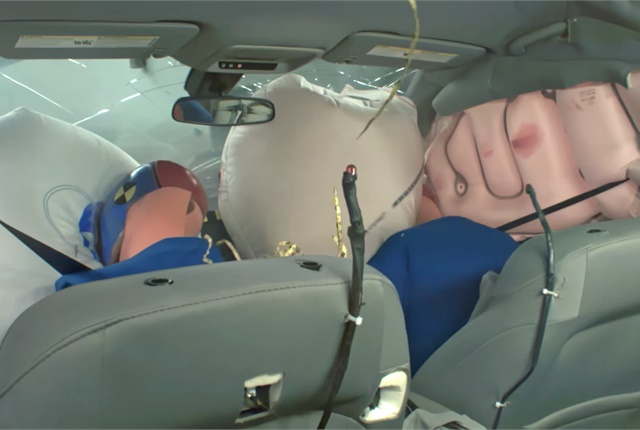 The Insurance Institute for Highway Safety has developed a new crash test to evaluate front passenger protection during small overlap front crashes, and 10 out of the 13 mid-size cars that have already completed the test drew top scores, IIHS said.

Vehicles must draw a rating of “good” or “acceptable” in this passenger-side test to qualify for the institute’s 2018 Top Safety Pick+ award.

“The midsize cars we tested didn’t have any glaring structural deficiencies on the right side,” said Becky Mueller, IIHS senior research engineer. “Optimizing air bags and safety belts to provide better head protection for front-seat passengers appears to be the most urgent task now.”

During the test, a vehicle is driven into a barrier at 40 mph with just 25% of the vehicle’s front end overlapping the barrier on the right side. The test mimics what happens when the front passenger-side corner of a vehicle collides with another vehicle or with an obstacle such as a tree or utility pole.

To watch a video about the new crash test, click on the photo or link below the headline.