We’re sharing everything these days, from movies and living spaces to parking spaces and dog sitters. Sharing vehicles is low-hanging fruit too, as most sit idle for more than 90% of the day.

However, when it comes to fleet vehicles — with higher utilization and often purpose-built for a specific job — the opportunity to share them is not as obvious.

Yet new mobility technology is leveraging new ways to drive greater productivity and efficiencies with fleet vehicles too. John Cail, vice president of Mobility Leasing Services at Merchants Fleet, explains scenarios in which organizations have implemented sharing programs and are realizing the budget savings of higher fleet utilization.

The basic concept of sharing fleet vehicles works similarly to a consumer carsharing arrangement: In-vehicle connected technology allows remote access to vehicles and the ability to track them. Users sign up, are approved, reserve, and gain access to vehicles through a platform.

An organization can use this technology to share their own fleet vehicles internally, or they can access vehicles externally and on-demand through a third-party service.

A natural progression to sharing comes from a fleet vehicle “pool,” traditionally prevalent with government fleets, in which owned or leased assets are signed out to employees internally. Though the intent of a fleet pool is to increase vehicle utilization, they’re notoriously bloated in a manual system.

“Typically, when you're not using technology there's always going to be more vehicles than you really need,” Cail says. “No (program manager) wants that phone call (from a user) saying there isn’t a car available, so they keep more on hand than needed.”

“It’s no longer about getting the keys in the morning and returning them at night,” Cail says. “It’s more about optimizing usage and matching demand to vehicle availability.”

Eradicating inefficiencies through sharing technology should lower the number of units needed in the pool and thus conserve the fleet budget. And, with automation, the organization can redeploy the employee who managed the program into other work, he says.

Another scenario allows access to vehicles that are shared among other outside organizations. The vehicles are owned and managed by a third party.

Colleges and universities have a myriad of internal departments, particularly with student activities and club sports, that need vehicles on a sporadic basis. With perennial budget challenges, they’re not looking to own or even lease vehicles, Cail says.

“They don’t need to outlay $45,000 for a van, they only want access to them when needed,” he says. “We’ve taken these smaller groups that were funding challenged and connected them to a usage program in their neighborhood.”

As part of a Merchants program, four universities in Boston within a one-mile radius share up to 10 units. Merchants is looking to expand the number of schools and units commensurately.

A similar scenario involves utility vehicles, from cargo vans to pickup trucks. “It could be a plumbing company that has a major project or an emergency,” he says. “They just need access to an extra vehicle; they don't have to own it and stock it.”

In a specific use case, a Merchants client has enough demand to warrant having two or three vehicles on its premises to access as needed, but without a commitment to utilization. As more clients with similar needs come onboard, utilization rises, and more vehicles and geographies can be added.

A “closed circuit” sharing scenario addresses larger companies in a campus setting that have a high amount of driver reimbursement. The reimbursement of personal vehicles would shift to a single-point, closed-circuit pool designed for that organization.

This scenario can shrink the overall number of fleet vehicles too, while eliminating per-mile reimbursement charges.

Cail outlines a case in which a hospital that customarily reimbursed visiting nurses for travel expenses such as home patient visits now offers those nurses access to a fleet of cars on demand, with hospital branding.

“The hospital got out of reimbursement,” he says. “They've got their branding on the vehicles and the look and feel that they want. They have better (vehicle) reliability and they've cut overall costs.”

Merchants has also given its scholastic clients vehicle magnets branded with their university logos. “It’s a nice touch and it doesn’t feel like a rental,” Cail says. “They don’t own the unit; they only access it, but for that timeframe the van is associated with the university.”

Proponents of fleet sharing envision a future in which types of uses are expanded throughout a single day.

For instance, vehicles could be accessed for morning and afternoon commutes and then during the workday for deliveries or appointments. At night or on the weekend, those vehicles could be shared with the public — providing incremental revenue back to the organization.

“We can definitely see that type of public-private relationship come to pass at some point, but we’re not there yet,” Cail says, citing the hurdle of vetting users from the general public and the associated liabilities.

For many years to come, the one-user, one-fleet-vehicle relationship will remain intact — the classic examples being purpose-built vocational trucks or the salesperson with a company car covering a wide territory and driving 20,000 miles a year.

Yet the best fleet managers have always been on a relentless search to gain efficiencies and lower costs. Sharing is just an extension of this mandate, Cail says.

Cail says that he’s spoken with some clients who claimed to be at maximum fleet utilization already. Yet after implementing technology that allows the same vehicles to be used multiple times in a day, they were able to eliminate 15% of their fleet vehicles — and in some cases 30%.

Along with the advancements in technology, attitudes toward the company car perk are changing, particularly as newer generations enter the workforce — the ones who prize the cell phone over the driver’s license.

“They have very little problem with having access to a vehicle when needed, for sure,” Cail says. 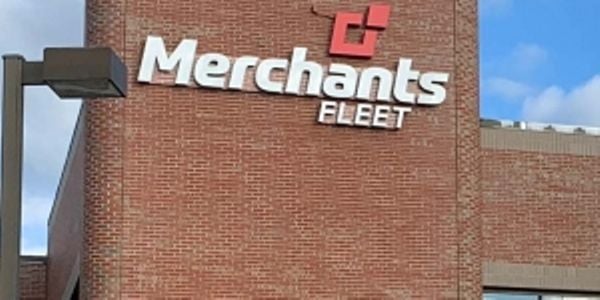 Under the agreement, Merchants will provide vehicle leasing and services to ServiceMaster’s core fleet of over 10,000 vehicles.

Merchants Fleet's Kurt Taylor has been named a Ones to Watch winner by IDG's CIO and the CIO Executive Council, the fleet management company announced.

Joseph Holman, chairman emeritus of Holman Enterprises, passed away on Dec. 12. He was 93.

Matt Dyer discusses his strategy as CEO of LeasePlan USA centered on the Customer First program, implementing a digital transformation roadmap, creating flexible mobility solutions, and sustainability with a focus on EVs.

Taylor will become one of the highest-ranking women among the world’s largest travel companies and one of the top female CEOs across all industries, based on company revenue.

Holman Enterprises has promoted three executives, including ARI's Anthony Foursha to executive vice president of sales and service excellence with the fleet management company in a role that will carry more global duties.