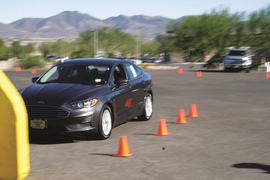 The Fleet Safety Conference was held Oct. 29-21 at the M Resort in Las Vegas. With an attendance of more than 220 fleet managers, EHSW and HR professionals, and other fleet safety stakeholders, the conference provided attendees with ways to make fleet operations safer and more efficient. 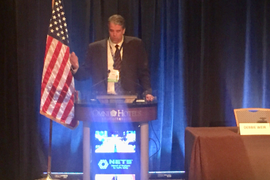 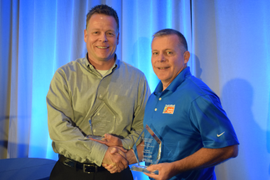 The 2017 Fleet Safety Conference opened Tuesday with a keynote from the National Safety Council's Deborah Hersman, who also spoke on Monday at an&nbsp;NTSB-NSC roundtable about advanced driver assistance systems. Safety awards were given at a luncheon. The second day of the conference featured a session from the U.S. Department of Homeland Security - TSA regarding security threats against transportation fleets. The conference closed with a presentation from Shell's Karen Spring about the company's mission to eliminate fleet fatalities. &nbsp;Read more here. Photos by Andy Lundin and Jim Park. The CEI Group hosted a free safety seminar on Nov. 10, at the Renaissance Schaumburg Conference Center Hotel in Schaumburg, Ill. The seminar was divided into four panels that featured experts in fleet safety.&nbsp;Photos by Andy Lundin. How to Avoid Cargo Handling Injuries

Improper ergonomic behavior when handling vehicle equipment and cargo can result in musculoskeletal injuries. Here are some examples of the best and worst ways to work ergonomically. Read the full story here. Photos courtesy of DECKED. 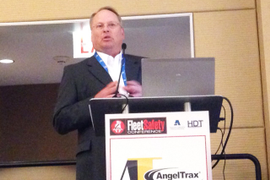 General Motors is adding an array of crash avoidance technologies to its 2015 Chevrolet models, including radar and ultrasonic sensors to rear-view cameras to help drivers avoid collisions. Photos courtesy of GM. The third annual Fleet Safety Conference brought industry experts to Schaumburg, Ill., in late July to talk about how to build a safety culture from top to bottom.&nbsp; Photos by Chris Wolski. 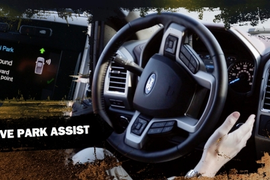 The 2015 Ford F-150 has 10 driver assist features to entice customers to purchase the truck when it goes on sale later this year, according to Ford. View a video&nbsp;of the features. Photos courtesy of Ford.