A watershed moment occurred July 21, 2015, with the introduction of a first-of-its-kind bill, the Security and Privacy in Your Car Act. It directs NHTSA to conduct a rulemaking to issue vehicle cybersecurity regulations against unauthorized access to electronic controls or driving data. There are number of stakeholders in the “OBD ecosystem.” In addition to government regulators and auto OEMs, important OBD stakeholders include fleet managers, aftermarket suppliers, and industry associations. 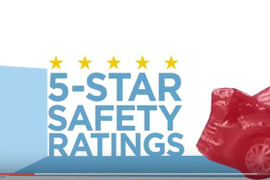 On Dec. 8, 2015, the U.S. Department of Transportation proposed upgrading the National Highway Traffic Safety Administration (NHTSA) 5-Star Safety Rating system for new vehicles by adding new standards for accident-avoidance technology, which will make it much tougher for OEMs to achieve a 5-Star Rating. Without a doubt these safety technologies are beneficial, but they cost money and will also exert upward pressure on new-vehicle acquisition costs. What are the full fleet implications?

Publicly held corporations include risk factors in their annual reports that forecast potential market forces that may impact their business. Recently, three insurance companies and an auto-parts supplier cited the emergence of autonomous vehicles as potentially disruptive to their future business. 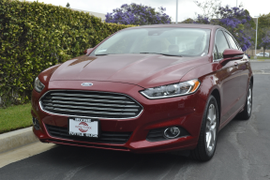 I am a big fan of the Fusion's exterior styling, which is extremely attractive, especially as it sits on 17-inch alloy wheels. The 2014 Ford Fusion is available in three trim levels — S, SE, and Titanium — with the SE model being the most popular with fleets.

NHTSA Proposes Speed Limiters on HD Trucks: Will Medium-Duties be Next?

The proposed rulemaking would amend the federal motor vehicle safety standards requiring OEMs to install speed limiters on trucks with a GVWR greater than 26,000 lbs. An electronic control module (ECM) would limit the maximum speed to no more than 68 mph. Many independent truckers, the Owner-Operator Independent Drivers Association (OOIDA), and the Truckload Carriers Association (TCA) are opposed to the rulemaking.

The National Highway Traffic Safety Administration (NHTSA) is proposing to amend its air brake standard to improve the stopping distance performance of commercial trucks. Based on current safety trend data and brake system technologies, NHTSA is proposing to reduce the required stopping distance for truck tractors by 20 to 30 percent. The proposed rule would cover all truck tractors equipped with air brakes. The proposed rule does not include single unit trucks, buses, or trailers.

NHTSA Crash Standards to Change in 2011-MY

NHTSA's testing and safety criteria for front- and side-impact crashes and rollover resistance have not been substantially revised since the agency started crash testing new models 30 years ago. Recognizing that nine out of 10 vehicles routinely score either four or five stars, NHTSA wants to increase the standards for front- and side-impacts, along with more stringent rollover testing. NHTSA is poised to implement a revised five-star safety rating program starting with 2011 model-year vehicles.