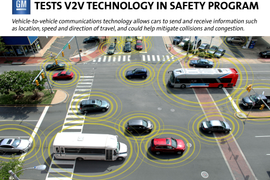 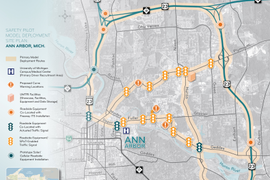 WASHINGTON - Roughly four out of five participants, 82%, in a U.S. Department of Transportation program, said they strongly agreed they would like to have vehicle-to-vehicle safety features on a vehicle they drive.

WASHINGTON – NHTSA and the DOT proposed new guidelines designed to encourage automakers to limit the risk of driver distraction when using communications, navigation, and entertainment technologies built into vehicles.

ORLANDO -– U.S. Transportation Secretary Ray LaHood on Oct. 19 received a firsthand look at "connected vehicle" technologies that have the potential to help drivers avert crashes, as part of a research clinic hosted by the Department of Transportation at Walt Disney World Speedway. 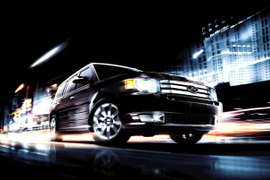