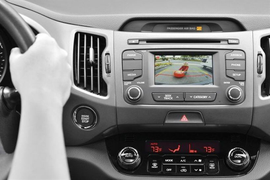 As technology progresses further, it will be interesting how the increasing connectivity and the internet of things (IoT) impacts vehicle safety features. 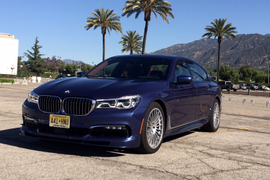 BMW is hosting six Ultimate Driving Experience events around the U.S. this summer and fall that puts drivers behind the wheel of the 2017 540i, the first of five planned 5 Series models in the lineup's seventh generation.

The overwhelming majority of drivers want to do what’s right for the company; however, just because your company implements a written fleet policy doesn’t mean drivers are following it. A common problem is the fleet manager communicates policy to the drivers’ managers, but the word doesn’t get down to the individual drivers. How do you increase driver compliance with fleet policy? Here are 10 suggestions.

Do Your Drivers Know their Company Vehicle is not Equipped with a Spare Tire?

As a fleet manager, it is your responsibility to let drivers know their company vehicle is not equipped with a spare tire. The danger is many drivers do not know their vehicle doesn’t have a spare – until they need it. Drivers often say they were never told their new company vehicle didn’t come with a spare. Approximately 36 percent of model-year 2015 vehicles were not equipped with a spare tire. This compares to 5 percent in 2006.

At one time, the scope of the fleet department’s responsibilities was crystal clear. However, over time these demarcation lines have shifted and departmental boundaries separating them have become fuzzy. Now, collaboration with sourcing, legal, HR, finance, sales, service, and environmental, health & safety (EHS) is needed, often requiring approvals or buy-in from individual departments. There is only one strategy fleet managers can adopt in this new world of fleet management and here it is.

The Most Important Function of Fleet Management is Saving Lives

The hard reality is that many senior managers do not consistently view fleet safety as a top priority. I know many will disagree with me and say fleet safety is, indeed, a top concern, but when you talk with suppliers of fleet safety programs and related services, they point out that the “talk” often does not translate into action.

A great deal of our attendance this year was made up of risk and environmental, health & safety (EH&S) professionals from Fortune 500 companies. I hope that, as time goes by, we'll grow our fleet professional attendance as more and more of you realize that safety is an area where you can truly make a difference and even save lives.

Driver safety and the reduction of fuel consumption are not mutually exclusive goals. There are many similarities between fuel-efficient driving techniques and safe driving techniques. In fact, there’s a direct correlation between safe driving and fuel efficiency. It’s been proven: the safer the driver, the higher the miles per gallon.

Do You Know What Your Drivers Are <i>Really</i> Doing?

Do you really know who is driving your company-provided vehicles? Often the "at-work" persona of an employee is not the true indicator of their behavior when no one is watching. Recently, someone forwarded me a link to a chat room for pharmaceutical reps. I did a search of posts that included the phrase "company car" and, in short order, I was shocked at some of the comments written about their use of company cars and how drivers play "the system" to their advantage.

With so many new devices being integrated into cars, companies now need strict policies. The need to strike a balance between productivity and entrustment has never been more evident.

Ban Texting While Driving, But Beware of Inadvertent Consequences

The popularity of texting has skyrocketed over the past four years. All agree that texting and driving are incompatible. However, a texting ban could have unintended consequences of interfering with productivity devices business drivers and truckers rely on. There are numerous ramifications to overzealous prohibitions on the use of on-board electronic communications that potentially may be counter-productive to driver safety. Let's target unsafe driving behavior, not on-board productivity tools.