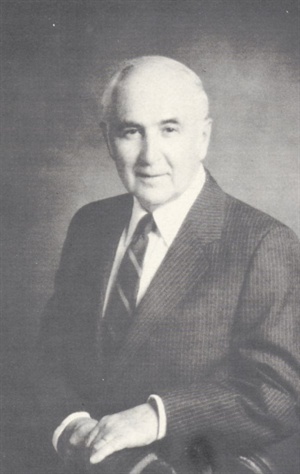 Sid Rose was the executive secretary of the American Automotive Leasing Association from 1964 to 1985. A one-time sportswriter for the Milwaukee Journal, Rose began his leasing career in that city in 1938 as sales manager for an interstate truck carrier. Following WWII, when he flew the "Hump" between India and China and edited the famed CBI Roundup out of New Delhi, Rose returned to Milwaukee and started Car Lease Co., one of the nation's first vehicle lessors. Owner of the 3,000-unit firm was Ben Selig. Selig's son Bud is currently president of the Milwaukee Brewers baseball team and a member of the AALA.

In 1955, Rose became one of the partners in a small ad agency whose first major new account was Wheels Inc. Rose handled the pioneering lessor's national advertising for several years, finding himself appointed an assistant to AAL executive secretary Jess Rabin in 1957. He was named to Rabin's position several years later.

Rose's most intimate involvement with vehicle leasing has come under the aegis of the Special Assignment Group (SAG), which he founded in 1965. A consulting and management corporation headquartered in Milwaukee, SAG was appointed in the later fifties to handle the affairs of the American Association of Equipment Lessors (AAEL). After Rose served that group for 18 years, AAEL moved to Washington, DC in 1979. Another organization which retained Rose and SAG -- the Computer Dealers and Lessors Association -- moved similarly to the nation's capital. And now, of course, so will AALA.

When Rose joined the vehicle leasing association 21 years ago, its 35 members were mainly concerned with issues such as IRS involvement in capital gains. Today AALA boasts some 180 members, and the group's chief concern remains in Washington.

"Nothing has changed over the years, except the leasing industry has gotten much larger," Rose says. "The association is still doing the same thing in much the same manager, though there has been a tremendous acceptance of our efforts.

"It's very important that the industry remain aware of all the contingencies involved in our business," Rose continues. "We have to stay alert to what's going on, whether it's in the area of the dealer body, the manufacturers, the Treasury Department, the Federal Trade Commission, or wherever."

What advice would Rose give to lessors today? "The same advice I've been giving all along," he replies unhesitatingly. "Participate in legislative activity so that you can be a part of the industry's survival."

Despite his "retirement," it's a safe bet Sidney Rose will continue to do just that.