PHH, a leasing company that began shortly after World War II, was later renamed as PHH Arval and eventually sold to Toronto-based Element Fleet Financial in 2014. The North American operation was renamed as Element Fleet Management.

The company has made its reputation through a combination of fleet management capabilities — data and technology blended with the experience and commitment of our people.

Baltimore is the home of Peterson Howell & Heather, the world's the world's largest fleet management and leasing company. Of course, PHH is a great deal more than that, and attempts to characterize it have often failed. As John S. Lalley that we are in a fascinating multifaceted business that is extremely difficult to describe accurately or adequately in a few words..."

In honor of the 25th Anniversary of the founding of this world-renowned industry leader, AF has  decided to expend more than just a few words to get to the heart of the PHH story to discover just what it is, how it got that way, and where it is headed. Our focus will be primarily on the Car Plan Division of this congeneric giant; but taking the lead from PHH's own philosophy that stresses the "man" in management, we will zero-in with finer tunings on the men responsible for the company's outstanding success.

It was back in January, 1946 that Harley W. Howell wired Duane L. Peterson and Richard M. Heather, "Have decided to join you and Dick in Baltimore... Plans look good. See no reason why we shouldn't enjoy success and a pleasant business association." 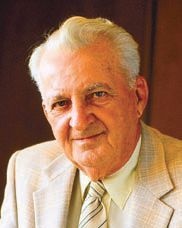 Just three days later the partnership name that means so much to the fleet industry today was agreed upon and a new company was born. The idea for the company itself was the brainchild primarily of Peterson. He had formerly enjoyed a corporate position with Butler Bros. In Chicago and had just recently in Baltimore shortly thereafter as a business consultant. While engaged in this pursuit, he came up with the idea of a management plan for large automobile fleet users.

Both Howell and Heather had been associates of Peterson at Butler Bros. Possessing a deep dedication to sound business principles and confident of their ability the three men quickly moved to establish their partnership. Shortly after, they were joined by Dale F. Spencer, another former Butler Bros. employed who was just out of the Air Corps and who had such faith in the new company and its leadership that he worked without pay for some time.

Since there was a shortage of cars just after World War II, the new company concentrated on developing a car management plan for fleet users. Yet as early as June, 1946 they were holding talks with Chrysler, Ford, and General Motors in Detroit so that they would be prepared for expanding into leasing operations once cars became more readily available. Meanwhile, they had moved to larger quarters and signed their first management contract for the small fleet of the Gibson Art Company. Shortly afterwards, they were also able to convince Johnson & Johnson of the value of their new service, and signed them up as a customer.

After that, the company seemed to soar to the top. Though its top management was committed to a "long-haul" rather than a "fast-buck" business philosophy, their idea caught on like wild-fire. Soon they had made the necessary arrangements with large financial institutions and backers and entered the actual leasing end of the car management plan that Howell had evolved. But it was all three partners, according to the management of PHH today, who developed the idea of the finance lease that soon became a byword in the fleet industry.

During the next 10 years, PHH began branching out into other areas of transportation management and leasing. In 1951, truck leasing was added to the services offered. By 1953 the company had arranged with Hawkins-Shanahan Co. a discount plan for PHH customers whereby they could purchase tires on a discount plan for their fleet cars. A year later, having outgrown their original quarters, PHH moved into the newly constructed two-story building and in 1963 into the six-story structure that now houses the company on historic Charles St. In the mid-fifties data processing equipment was installed for tabulating and statistical services; the first aircraft ease was signed with Marshall-Wells; and the PHH Dealer Lease Plan was offered to fleet-minded dealers.

Major turning points in the development of the company occurred in 1952 when PHH extended their operations into Canada; in 1966 when the company purchased the Hawkins Co. (in order to handle simple maintenance services and glass and tire replacement at a discount); in 1969 when it purchased National Truckers Service (a type of credit card system that allows PHH customers to purchase diesel fuel and related supplies through certain member truck stops throughout the country); in 1968 when the wholly-owned finance subsidiary, PHH Funding, was established; and in the late 1960s, when they first offered the sight-draft reimbursement plan for drivers of PHH customers and the PACE control program which and travel-related costs (in addition to those that are auto-related).