Rick Nicoletti began his career in the fleet industry in 1976 when Don Fenton hired him at Long Chevrolet. By late 1978, he was the operations manager, directing a fleet sales staff that processed more than 7,800 vehicle orders per year. In 1978, with the growing use of drop-shipment rather than purchasing from regional dealers, Nicoletti developed a sight draft to reimburse courtesy delivery dealers for sales tax and registration fees.

In 1982, when Fenton moved to Faul Oldsmobile, Nicoletti joined him as operations manager. With the growing trend toward dealer groups in the mid-1980s, Nicoletti took the concept one step further with the formation of the Faul Fleet Group in 1986. This provided fleet customers the ability to purchase multiple makes from a single source.

In 1991, Nicoletti took over as president of the Faul Fleet Group. The following year, Nicoletti and his staff joined the Ed Napleton dealerships and formed the Napleton Fleet Group. Utilizing the internet as a way for fleet customers to order vehicles, check order status, and obtain vehicle information, Nicoletti developed the first fleet dealer website in the late 1990s. Nicoletti has been active in AFLA for more than 25 years, serving on the board of directors and is a past president.

He was inducted into the Automotive Fleet Hall of Fame in 2013. 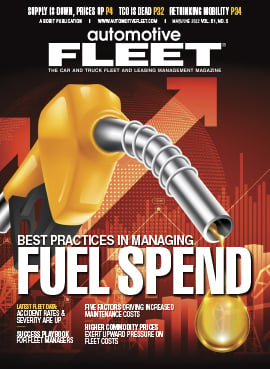