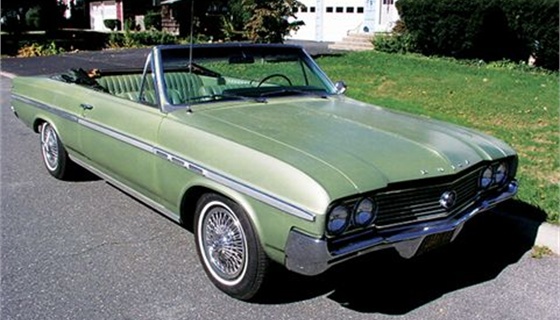 General Motors, one of the world's largest automakers, traces its roots back to 1908. With its global headquarters in Detroit, GM employs 209,000 people in every major region of the world and does business in more than 120 countries. GM and its strategic partners produce cars and trucks in 31 countries, and sell and service these vehicles through the following brands:  Baojun, Buick, Cadillac, Chevrolet, FAW, GMC, Daewoo, Holden, Isuzu, Jiefang, Opel, Vauxhall, and Wuling.  GM's largest national market is China, followed by the United States, Brazil, the United Kingdom, Germany, Canada, and Russia.  GM's OnStar subsidiary is the industry leader in vehicle safety, security and information services. [text compiled from GM's corporate website]

GM has been a mainstay fleet vehicle provider since the beginning. An article in AF's October 1962 issue on new vehicles had this to say: "'The Buick Special made Buick a "real contender" in the volume fleet market,' said Robert Blair, director of national fleet sales, 'in that it put Buick in the price range where most fleet cars are purchased.' Accordingly, Buick is looking for substantial gains in the fleet market.

Blair said that Buick fleet sales in 1962 should rise about 52 per cent over a year ago with "another substantial increase" in 1963."  In1964, GM made seatbelts standard on all its cars.

In 1972, GM set up a "Fleet Distant Delivery Assistance Program. Chevrolet general sales manager at the time, R.D. Lund said, "The program will be effective with the introduction of the 1973 model passenger cars and involves a delivery assistance allowance for all dealers selling passenger cars to fleet users purchasing 500 or more passagener cars and/or trucks annually for delivery through another Chevrolet dealer whose location is 100 miles or more distant from the selling dealer's place of business." The program involves a $50 payment to the delivering dealer.