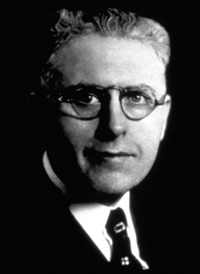 On the company's website is a detailed pictorial, video, and chronological history. Some highlights:

Cummins' roots are nourished by innovation, persistence and a commitment to community. Founded in Columbus, Ind., in 1919 as Cummins Engine Company, for its namesake Clessie Lyle Cummins, the fledgling firm was among the first to see the commercial potential of an unproven engine technology invented two decades earlier by Rudolph Diesel.

Fortunately for Clessie Cummins, a self-taught mechanic and inventor, his vision was shared by someone with the financial resources to make it a reality: William Glanton (W.G.) Irwin, a successful local banker and investor, who already had provided financial backing for Cummins' auto mechanic operation and machine shop.

After a decade of fits and starts, during which time the diesel engine failed to take hold as a commercial success, a stroke of marketing genius by Clessie Cummins helped save the company. Cummins mounted a diesel engine in a used Packard limousine and on Christmas day in 1929 took W.G. Irwin for a ride in America's first diesel-powered automobile. Irwin's enthusiasm for the new engine led to an infusion of cash into the Company, which helped fuel a number of speed and endurance records in the coming years - including a grueling 13,535-mile run at the Indianapolis Motor Speedway in 1931. (Watch the video of that event here.) Such feats earned Cummins' foothold as an engine supplier to the trucking industry. 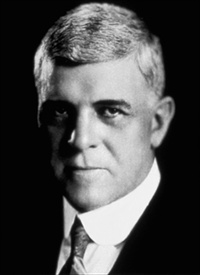 In 1933, the company released the Model H, a powerful engine for transportation that launched the company's most successful engine family. J. Irwin Miller, great-nephew of W.G. Irwin, became general manager in 1934 and went on to lead the company to international prominence over the next four decades. By marketing high-quality products through a unique nationwide service organization, the Company earned its first profit in 1937. Three years later, Cummins offered the industry's first 100,000-mile warranty.

By the 1950s, America had embarked on a massive interstate highway construction program, with Cummins engines powering much of the equipment that built the roads and thousands of the trucks that began to roll down them. Truckers demanded economy, power, reliability, and durability, and Cummins responded. By combining lab-based research and field-based trials, including dramatic performances at the Indy 500 races, Cummins achieved technological breakthroughs, including the revolutionary PT (pressure-time) fuel injection system of 1954. By the late 1950s, Cummins had sales of over $100 million and a commanding lead in the market for heavy truck diesels.

As Cummins continued to grow its business in the United States, the Company also began looking beyond its traditional borders. Cummins opened its first foreign manufacturing facility in Shotts, Scotland, in 1956 and by the end of the 1960s, Cummins had expanded its sales and service network to 2,500 dealers in 98 countries. Today, Cummins has more than 5,000 facilities in 197 countries and territories.

Cummins, led by the visionary leadership of J. Irwin Miller, forged strong ties to emerging countries such as China, India and Brazil, where Cummins had a major presence before most other U.S. multinational companies. Cummins has grown into one of the largest engine makers in both China and India, and for the past three years approximately half of the Company's sales have been generated outside the United States.

Cummins is a technology leader in the diesel engine market. Cummins was the only company in the industry to meet the 2010 EPA standards for NOx emissions with the release in early 2007 of its new 6.7-liter turbo diesel for the Dodge Ram Heavy Duty pickup.