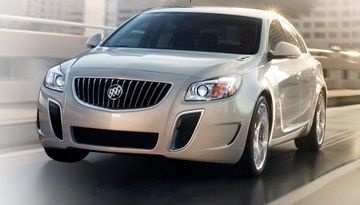 The company was sold shortly thereafter, and ultimately taken over by William Durant. David Buick sold his stake in his car compan.

The first Buick made for sale was the 1904 Model B.

Under Durant's leadership, Buick became the largest car maker in America, and he purchased other companies to create what is now known as General Motors.  Durant saw Buick as the pinnacle of the GM brands and imagined a Buick driver who was well off and interested in a prestigious vehicle -- making it the ideal fleet car.

The 1961 Buick Skylark was the first non-Chevrolet, Ford, or Plymouth vehicle to enter the fleet market.  In 1964, GM made seatbelts standard equipment in all its cars.

Buick began consolidating its lineup in 2005, and since then merged its GMC and former Pontiac dealerships to create the current Buick-GMC network. Following GM's Chapter 11 reorganization and emergence in 2009, Buick has re-established itself very well with the LaCrosse sedan.

In the 2009 J.D. Power and Associates Vehicle Dependability Study, Buick tied with Jaguar as the most dependable brand in the U.S.