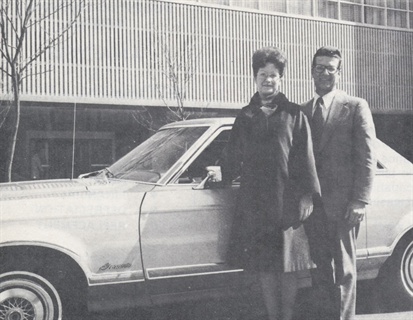 She started as the assistant to the fleet manager, but the company began changing fleet managers every other year. After interviewing the third candidate for the fleet manager job, Bland asked the division director if she could take on the role.

"When the director of the division was interviewing for the third fleet manager," Bland recalls, "I went to him and said, 'I am familiar with this position and I know many of the dealers and manufacturers. Why can't I have this job?' I don't know how I ever summoned up enough courage to say that, because I am a relatively shy person at heart."

But the risk paid off and Bland got the job. Read AF's profile of Bland from 1984.

In addition to her responsibilities at Hallmark, she was installed as National Association of Fleet Administrators (NAFA) president in 1985, making her the first ever woman to hold that office.

Bland retired from Hallmark in 1987.

She was inducted into the Fleet Hall of Fame in 2009.