Warren E. Avis founded Avis Rent a Car. He started as a Michigan car dealership owner who, frustrated at waiting for taxis outside airports, founded a chain of car rental agencies and turned it into the nation's second biggest.

According to his obituary in the New York Times, "When Mr. Avis opened his first Avis Airlines Rent-A-Car in Florida and Michigan, all his rival companies were in downtown garages.  So Mr. Avis, a former major in the Army Air Force who spent a great deal of time at airline terminals, decided to open rental centers at airports, where he reasoned thousands of airline passengers would need a ride.

"Nobody thought it would work," Mr. Avis said in a 1985 interview. "There was incredible trouble. You had to get all the airlines to cooperate. Where did you put the cars?"

But it did work. Avis employees parked the cars outside airport terminals, and customers, who were at first confused, soon figured out the new system."

Despite the company's early success, Avis sold it in 1954, putting in motion a series of sales that would, over the next few decades, leave his car rental company in the hands of a dozen different owners."

Throughout the 1960s and early 1970s, Hertz and Avis bought back franchises in order to establish company-owned operations, and both opened operations outside the United States.  (In Canada, Tilden, which split off from Hertz in the late 1950s, formed its own system.)

Hertz maintained its market leadership in airport rentals by budgeting large advertising campaigns while Avis' creative marketing efforts allowed it to retain the number two position nationally.  All of the systems had advertising participation agreements with one or another of the automotive manufacturers.  This additional advertising support played a major role in helping to build the car-rental business to its present level.

You can read more about the early days of the daily rental business in our historical article here.

A chronology of milestone events in the company's history is on the corporate Avis site. 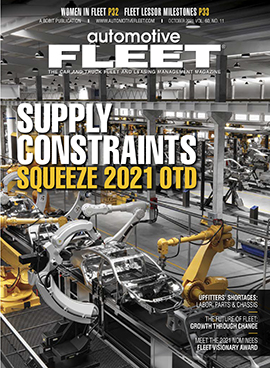