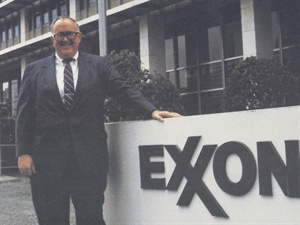 Having solely an automotive focus in his business career enabled Jack Lamb to develop years of fleet expertise. The former fleet manager for the Houston-based Exxon Company USA, sums up his experience saying, "I didn't deal with anything that didn't have plates and rolled down the highway. Fleet is the only business I've been in and I sure had lots of fun doing it."

Lamb first got his feet wet working for ARI. Between 1963 and 1967, Lamb was in the interesting position of being an ARI employee on contract to Humble Oil, as today's Exxon Company was known then. In his own words, his task was "to come up with a neighborhood car rental program." Lamb learned about purchasing, sales, accounting, maintenance, and rentals.

In 1967, Lamb became an employee for Humble Oil. His first challenge was to help organize a captive leasing company. By serving as supervisor of operations for the leasing company, Lamb's broad responsibilities gained him what he considers his "basic foothold in the automotive business, combining an administrative experience with new- and used-car purchasing skills."

In the mid 1970s, the company changed its name to Exxon as part of its move toward establishing an international marketing identification. Lamb retired from Exxon in July 1986.

Lamb was the first AF Professional Fleet Manager of the Year winner in 1985.

He was inducted into the Fleet Hall of Fame in 2008.