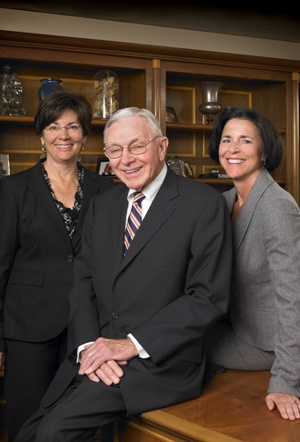 Founded in 1924 by Steward Holman, Joe’s father, Holman Enterprises currently has 15 dealerships located in South New Jersey and Florida, one remanufacturing operation, one body installation company, and ARI Inc. — a national leasing company with more than 17 locations in the U.S. and Canada.

At the request of a major manufacturer, the Holmans formed ARI (formerly Automotive Rentals Inc.), and have continued actively in the national leasing business since its founding in 1948.

ARI now manages the fleet needs of customers throughout the United States, Canada, Puerto Rico, and the Carribean. Holman was 1990 candidate for the Time Magazine quality dealer award. He is actively involved in national, county, and local automobile dealers associations. He has served on the Lincoln Mercury dealer council, and his dealership honors include Ford’s Vice President’s 100 Club, Ford’s Distinguished Achievement Award, and the Automotive Hall of Fame Distinguished Service Citation.