For over a century, Cadillac has stood for iconic design, artful engineering, and a love of innovation. It has been the automotive expresion of the American dream, built for people who believe that it doesn't matter where you came from, just how far you want to go.

Cadillac was founded in 1902 by Henry Leland, a master mechanic and entrepreneur. He named the company after his ancestor, Antoine de la Mothe Cadillac, the founder of Detroit. This is also the inspiration for the company crest, based on the family's coat of arms.

Cadillac made technological and stylistic strides through its history. In the sixties, self-adjusting brakes were adopted, and the Wreathed Crest emblem, was reintroduced on the 1963 Eldorado, a favorite among fleet drivers.

A current fleet favorite from Cadillac is the CTS-V, a high-performance version of the CTS Sedan. The most recent model has a 6.2L supercharged V-8 engine rated at 556 horsepower. The CTS-V features high-performance Brembo brakes, specially designed Michelin Pilot Sport PS2 tires and Magnet Ride Control technology. The V-Series will be extended later this year with the CTS-V Sport Wagon and CTS-V Coupe. 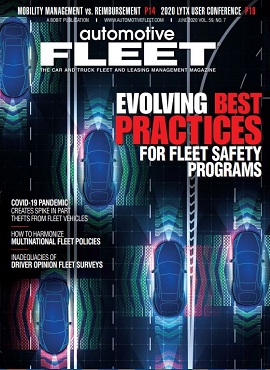