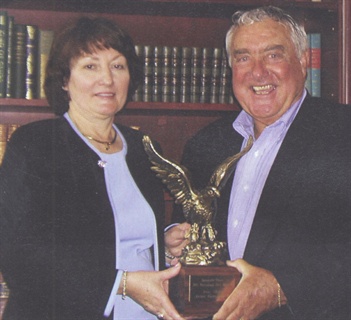 Remaining active in the fleet industry for more than 50 years, Ed Bobit is chairman and founder of Bobit Business Media (BBM), Automotive Fleet editor, and a founding AFLA member.

Ed was inducted into the Fleet Hall of Fame in 2009.

Bobit Business Media was founded in 1961 with the launching of Automotive Fleet in Glenview, Illinois, a suburb of Chicago. “I still have the credenza I bought for $12 that we used to lay out the first issue of Automotive Fleet Magazine,” reminisces Ed Bobit.

By 1964, Bobit acquired two more publications, Metro and School Bus Fleet, to strengthen its position in the transportation market. “We had this vision to provide valuable, and useable, information to key underserved market areas in transportation,” states Ty Bobit, President & CEO. 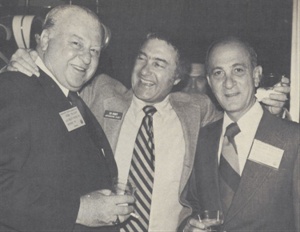 Seeking warmer weather, the company moved to Southern California in 1977 and established an office in Redondo Beach. “We had lived most of our lives in the Chicago-area and really just wanted to experience winters without shoveling snow!” says Ed Bobit.  Bobit Business Media developed conferences and expositions, starting with the Limousine & Chauffeur Show and Mobile Electronics trade shows to bring industries together face-to-face.

In 2000, Bobit Business Media acquired the three-magazine automotive group of Modern Tire Dealer, Auto Trim & Restyling News and Truck Accessory News. Modern Tire Dealer, a 90-year-old monthly, is based in Uniontown, Ohio, with a circulation of 35,000. 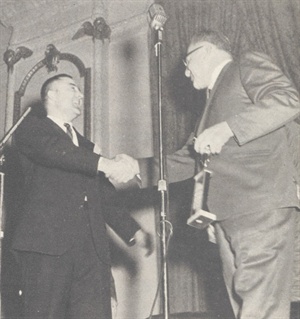 “We’re continually diversifying the way we deliver information.  We’ve got our magazines but have also added trade shows and websites to our communications mix,” says Ty Bobit. Bobit Business Media Company currently has 42 websites and 24 e-newsletters that meet specific markets’ need for knowledge, news and networking.

View a gallery of photos of Ed Bobit and friends through the years.

Read a selection of editorials written by Ed Bobit from his first in 1961, through the present.