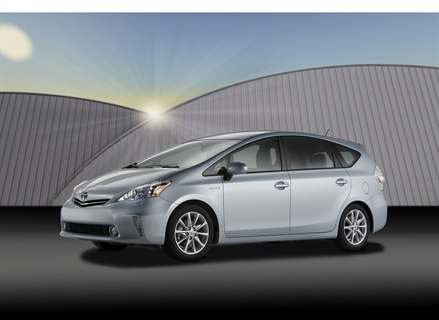 TORRANCE, CA – Toyota said its upcoming Prius v is on track for delivery to U.S. customers this fall. A company spokesperson said this includes fleet customers as well as retail customers. Although the automaker had announced delivery delays with the Japan market Prius alpha, this doesn’t affects Prius v deliveries scheduled in the U.S.

The Prius v is the new, larger version of the Prius, which the company said will have up to 50 percent more cargo room than the original Prius, with a total of 34.3 cubic feet of cargo space behind the rear seats. The new Prius v will deliver estimated EPA fuel economy ratings of 42 mpg city, 38 mpg highway and 40 mpg combined. Other features include the automaker’s Star Safety System and new Entune multimedia system.