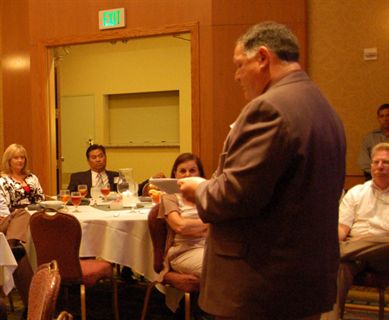 Tim Pfrimmer, chapter chair and fleet manager for UCLA, opened the meeting with announcements about upcoming events. An Oct. 1st meeting is scheduled to be combined with MEMA (Municipal Equipment Maintenance Association), the annual meeting during the Los Angeles Auto Show is set for Nov. 22, and the chapter is also in the process of getting an annual golf conference started, said Pfrimmer. He also welcomed suggestions from members for future meeting topics.

With 8,000 vehicles in the Hewlett-Packard (HP) fleet, Hurrell presented a brief overview of "A Day in the Life: Corporate Fleet Management," outlining his strategies in the HP fleet. According to Hurrell, he reworked the fleet program mission statement at HP to align with the HP corporate objectives, noting that the current HP fleet program is centered on business requirements for fleet vehicles rather than an entitlement or perk vehicle program. Along with the fleet team, Hurrell then spent several months communicating the value of the fleet program to managers and employees. "We had to make sure they know and understand the fleet program mission," he said. 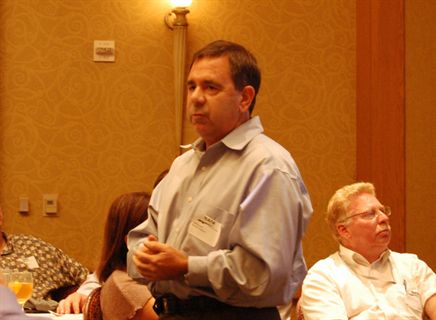 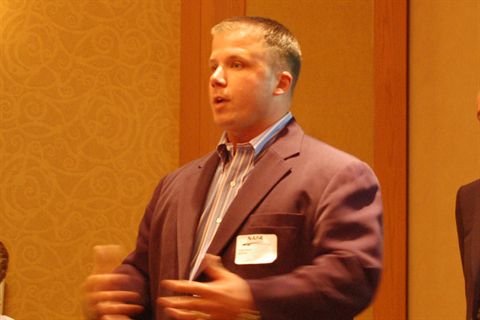 Citing the benefits of propane, Karges from Ferrellgas, presented advantages of propane over compressed natural gas (CNG). Referring to propane as a cure for "range anxiety," Karges said several fleets have started adding a few propane units to fleet, including Schwans, Pepsi, Ferrellgas, and MedCorp. 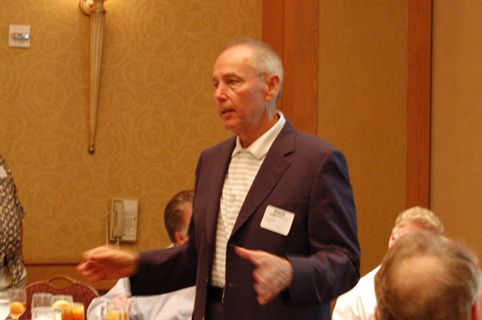