LAS VEGAS - Twenty-six individuals have been nominated by the industry, but only eight will be inducted this year in a ceremony at the Automotive Fleet & Leasing Association (AFLA) conference, scheduled Sept. 8-10 at the JW Marriott Las Vegas Resort & Spa at Summerlin.

Sponsored by AFLA and presented by Automotive Fleet magazine, Hall of Fame members are recognized industry leaders and pioneers who have contributed significantly to the commercial fleet management profession. Eligible nominees must have at least 10 years of fleet management experience.

The Fleet Hall of Fame program was established in 2008 with 20 founding Hall of Fame members. That same year, an additional 10 honorees were selected by the industry through online voting.

Last year, nine new members were inducted into the Fleet Hall of Fame in a special ceremony at the Automotive Fleet & Leasing Association's (AFLA) annual meeting. 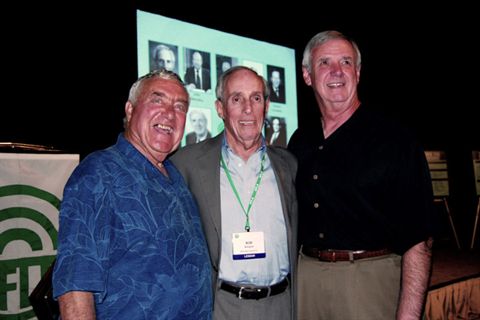 Marking the third year of this recognition program, eight inductees will be selected for 2010. Read bios of the 26 nominees for the 2010 Fleet Hall of Fame.

To register for the AFLA conference, go to www.aflaonline.com.